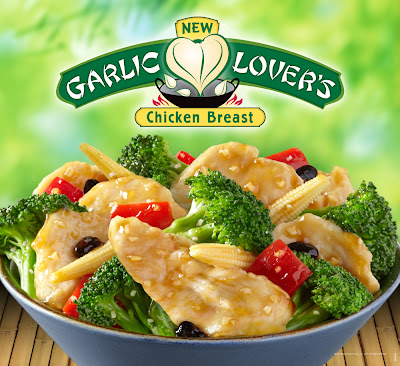 There are very few things I love more in life than garlic. I once added chopped raw garlic to basturma. My breath was noticeable for days. I once spent a weekend adding Zankou garlic sauce to everything I ate, including a donut.

I once went to the Gilroy Garlic Festival, an event almost equaling the California Strawberry Festival in terms of unpleasantness. While the former was nowhere near as poorly planned and executed as the latter, it was a 110 degree day and after eating garlic egg rolls, garlic chicken, garlic fries, garlic sausage... and yes, garlic ice cream... garlic-scented sweat poured out of my body for hours. I didn't mind but I imagine my companions did.

So when I read that Panda Express was unveiling a "Garlic Lover's Chicken Breast," there was no doubt I had to try it immediately. Panda's promotions usually miss the mark with me, but with the promise of garlic, I was willing to give it a try. 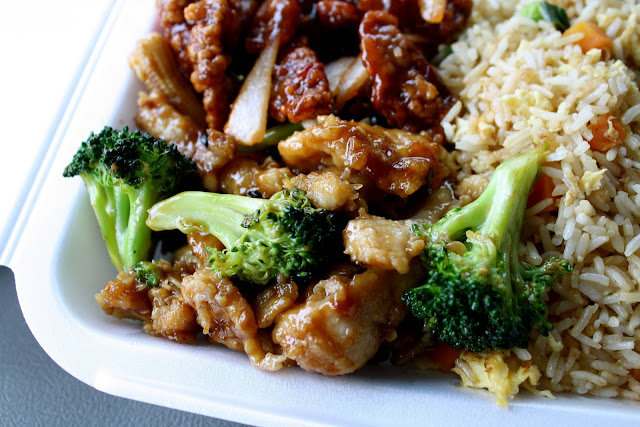 I ordered a two-item combo, the Garlic Lover's Chicken with Beijing Beef and fried rice. I decided to eat in the car. When I opened the box there was a definite aroma of garlic, but nothing overpowering. (I must admit, though, it would have to be something spectacular for me to consider a garlic smell "overpowering." I used to drive through Gilroy several times per year with the windows rolled down, inhaling the air like I was at the beach.)

The total was $6.51, not expensive, but I have certainly been spoiled lately by going to China Express. Just three days ago I got an order of orange chicken there that cost the exact same amount and included a portion of chicken larger than both my entrees from Panda Express combined. Not to mention fried rice, an egg roll, fried wonton, and soup. The portion of garlic chicken breast that I received from Panda seemed kind of meager. 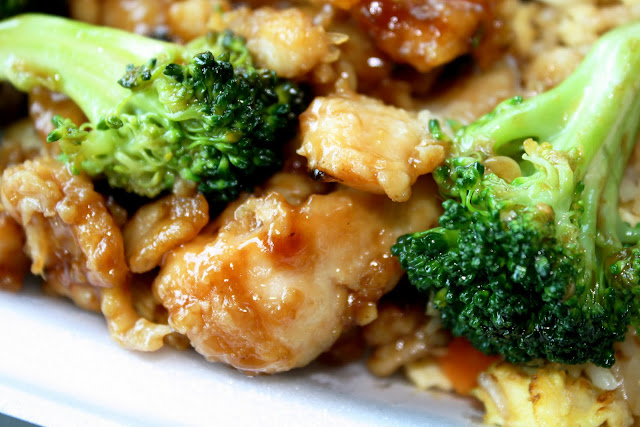 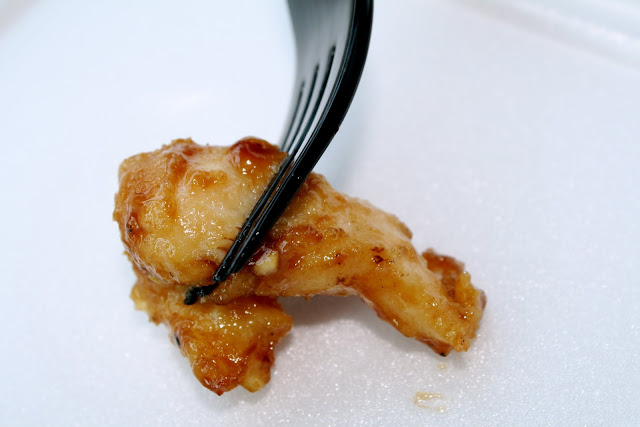 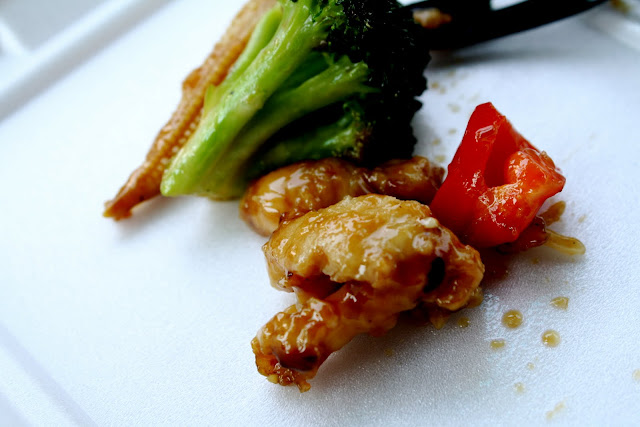 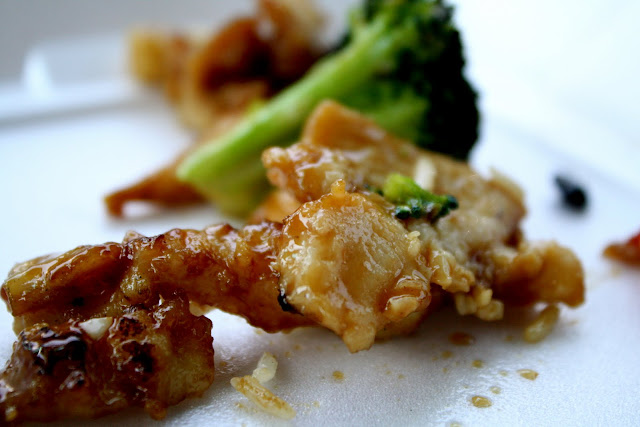 There were certainly several tiny pieces of garlic scattered throughout the chicken - not as many as in the promotional photo, but that shouldn't surprise anyone. The garlic flavor was prominent, which I appreciated. The "savory black bean sauce" may have had a flavor, but it sure as hell wasn't savory. (It was actually non-existent, but that didn't bother me.) There was also broccoli, which I love, and baby corn, which creeps me out. There was a solitary small piece of red bell pepper, too.

I would have liked the garlic flavor to be stronger, but I know that's not a fair statement: there has literally only been one occasion in my life when I thought something had too much garlic. There is a story there but let's not go into it. Well, okay, let's go into it. An old co-worker and I used to order double-garlic as a topping whenever we ordered a pizza; on my penultimate day working at that job, we decided to order quadruple-garlic just to see how it would be. It was too much. But we had no one to blame but ourselves. (And we obviously didn't burn out on garlic - on my last day we had Zankou Chicken.)

The chicken was disappointing - it was dry and slightly rubbery, but overall I enjoyed the amount of garlic. I have a relatively low opinion of Panda Express's promotions, but this one was decent. Of course, I'll never get it again: there is just no need. China Express's garlic chicken, which I wrote about last month, was much better. And I'm sure there are more than one hundred locations within a five-mile drive of me that can do a better job than Panda Express.
Posted by JustinM at 1:34 PM

I just moved down here from the bay area, but my parents still live there. As such, every time I drive home, that garlic scent assures me I'm getting close.

By the way, the main thing I ever get at Panda Express is the Orange Chicken. It isn't spectacular, but it will do fine.

I bet you love the scene in 'Big' where Tom Hanks eats the baby corn like corn on the cob.

Julien: Yep, I know exactly what you're talking about.

Bryce: Funny, I almost wrote about that scene in the post - it was one of (perhaps the) origins of me being creeped out by baby corn.