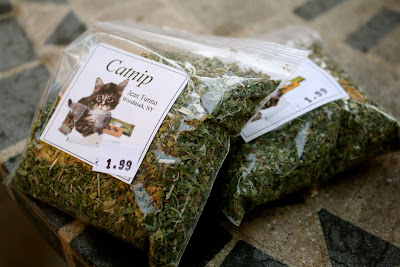 When Elizabeth was in New York last week, she picked up two bags of catnip for Tracie from a place in Woodstock. She has long called this stuff kitty weed; cats go crazier for this than any catnip I have ever seen. Our cat tore into a bag one time when we left it out and then he passed out for most of the afternoon. Since Tracie has three cats, Elizabeth got her two bags. 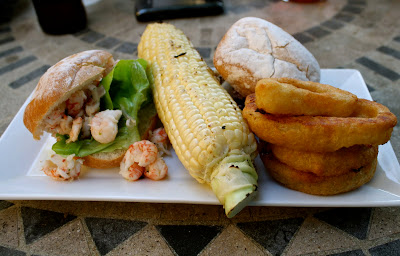 And since Tracie had recently done a favor for me, I decided to cook dinner. I made two different kinds of sliders: 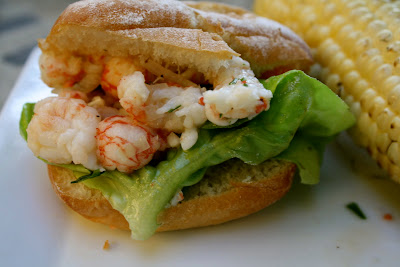 One with Trader Joe's langostino with butter and tarragon. 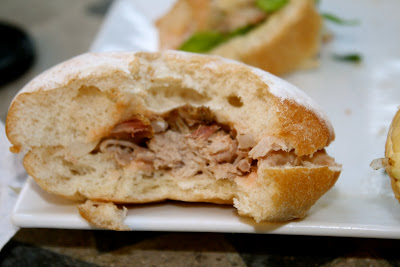 And one with carnitas, braised onions and a vinegar-hot pepper sauce. Both were delicious. 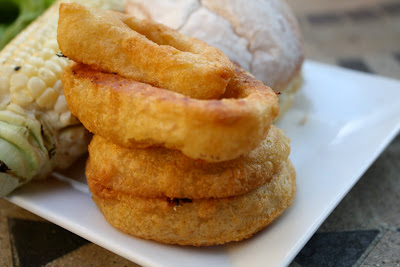 I will talk about the onion rings later on this week. 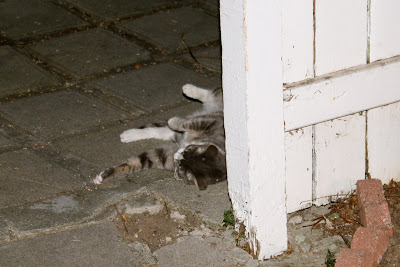 While Tracie was inside at one point, a neighborhood cat came over and stuck his head in her purse. "He wants the kitty weed!" Tim pointed out. So Tracie took some out and sprinkled it on the ground. Predictably, the cat rolled around in it for a minute and then passed out.
Posted by JustinM at 10:50 AM

It's the good stuff!

Should I ever find my way to your house, I will pay you a buttload of money to feed me. You sir, seem to be quite the chef.

Thanks, but I will feed you for free (well, you can bring some beer).

The cat is so cute. I’ve missed the fun at home since I was away. I love your langostino with butter and tarragon.

Thanks! It's super easy and much cheaper than you would expect.