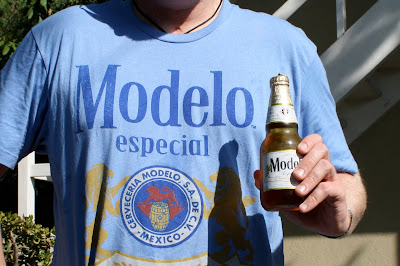 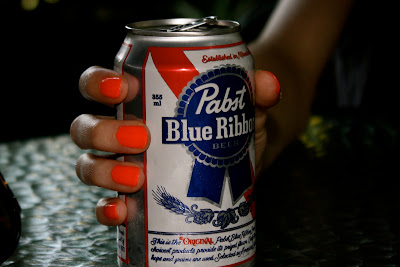 Elizabeth drank a cold can of PBR with her new brighter-than-the-fireworks orange nails. (You can read all about them right here.) 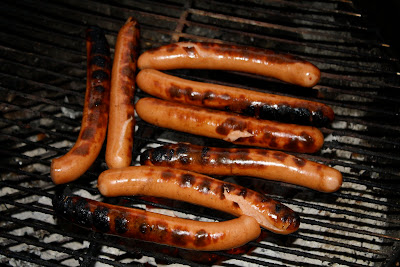 Tim and Tracie came over to join us for dinner and I grilled some hot dogs from Taylor's - beef and pork dogs, better than any of the wieners I'd cooked the night before. 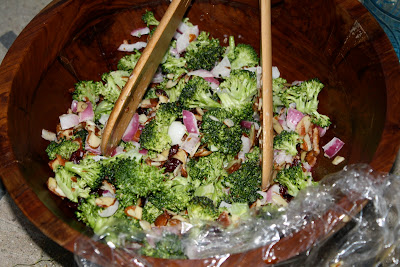 Tim made a salad of broccoli, red onion, walnuts and cranberries in a cool, slightly-tangy dressing. It was outstanding. I was a little embarrassed to set out a tub of store-bought potato salad; it paled in comparison. 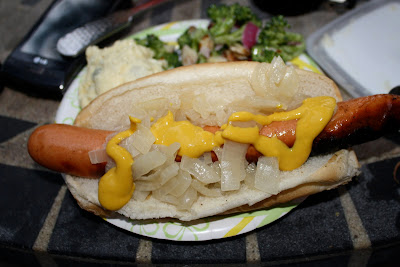 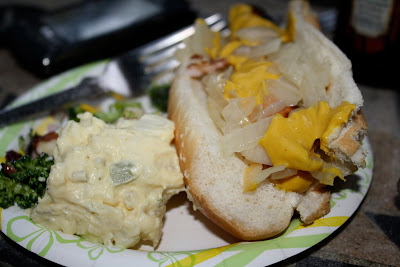 I made myself a dog with mustard and onions that I had caramelized in bacon grease. It was certainly tasty and one hot dog was enough. But... 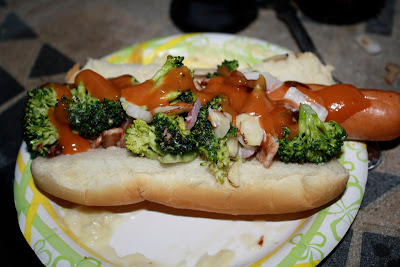 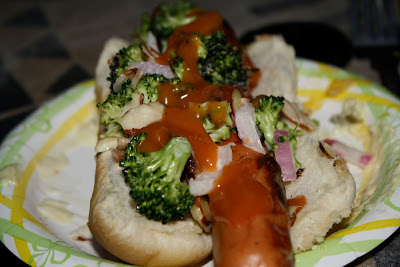 I wanted, nay, needed to eat one of the dogs topped with the broccoli salad. I added some Bull's Eye Carolina Mustard sauce to it as well. It was fantastic: crunchy, tangy, juicy... better than any hot dog I have ever had at Slaw Dogs.  Tracie was admiring my wiener and she cut one of the remaining hot dogs in half and made herself one like mine, and she agreed it was great. 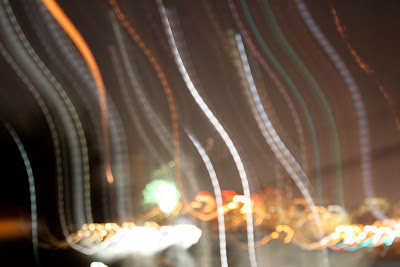 After dinner we walked 200 feet down the street to get a view of the Rose Bowl fireworks. This may have been the worst picture I took of the evening... but it also may be the best.

That is all for my 4th of July eats. I hope you had a nice weekend.
Posted by JustinM at 11:50 AM

This is great... after a three day weekend I can put off work for a half hour by reading TEN posts. Thanks!

Please tell me that you wrote the "admiring my wiener" part on purpose...

Michelle: That's all I ever want to hear.

TheBigBass: I went through about five other lines that I deemed unacceptable before I settled on that one.

You forgot to include the most important ingredient of the salad...bacon!! Everything was so tasty.

Liz, I think you and Tracie picked all of the bacon out of the salad before PP could take the picture!!!
Joking.

Relevant to both IX & X:
http://www.thepostgame.com/blog/dish/201107/joey-chestnut-recovery-after-eating-62-hot-dogs

You may be correct. But I'm not ashamed about it!

Wiener jokes never, ever get old.