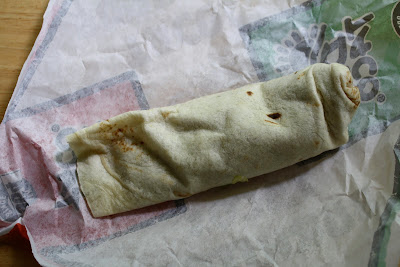 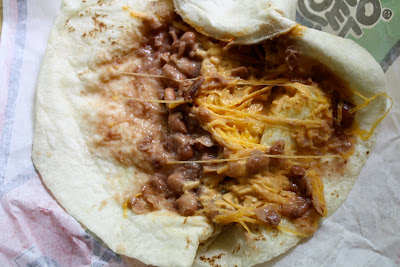 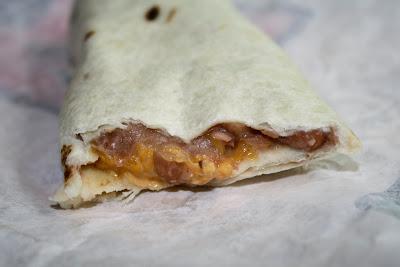 I decided to try the new Del Taco "Chipotle Value Bean & Cheese Burrito" because it was only 59 cents. I don't like beans but I can handle refried beans; I was hoping that's what would be in these. But it was actually slow-cooked beans. I know that might be a plus for some people, but not me. So I didn't try it.

I asked Elizabeth to take a bite and tell me what she thought. These are her words:

"It was good. I don't really like chipotle peppers though - at least not as much as you do. But overall I thought it was a pretty good burrito.  It was small but what can you expect for 59 cents? And you know, I think I'm starting to like the Angels much more than the Yankees."

Okay, I made up the last sentence.
Posted by JustinM at 9:34 PM

hahaha oh what you don't like beans???!! i miss del taco now ...and now you got me hankering for a bean and cheese burritooo...Taco Bell will have to suffice

I almost had a heart attack when I read that second-to-last sentence.