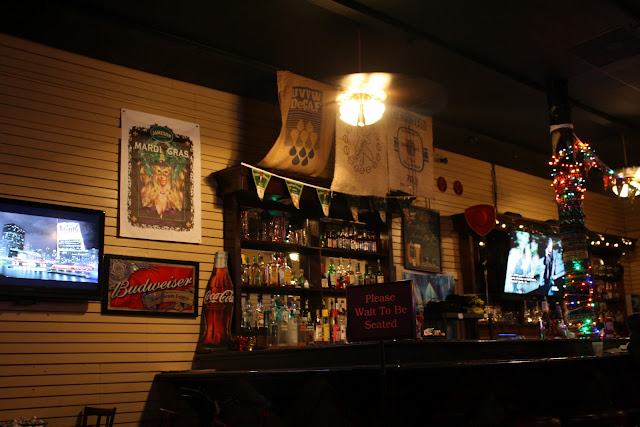 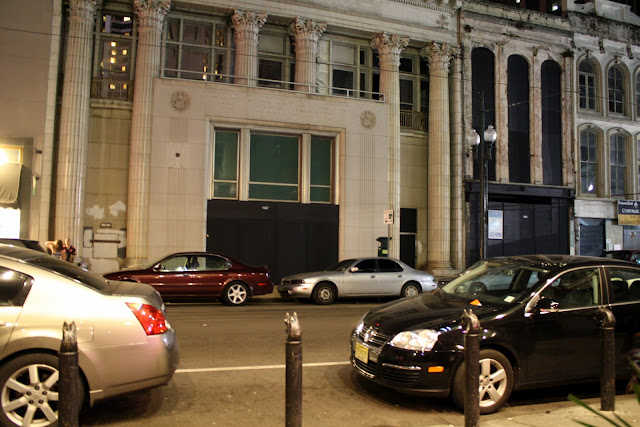 Our last night in New Orleans. We had been out for a long time in the French Quarter enjoying adult beverages. We were getting up early in the morning to drive to Florida. I suggested we get some dinner. Daisy Duke's Express is located in the Central Business District, a few blocks from the French Quarter. (Apparently there is a Daisy Duke's in the Quarter that is known for its Bloody Mary's; I've never been.) It was close to our hotel and we were hungry so we decided to pop in.

We sat in the open window, looking out on Carondelet. 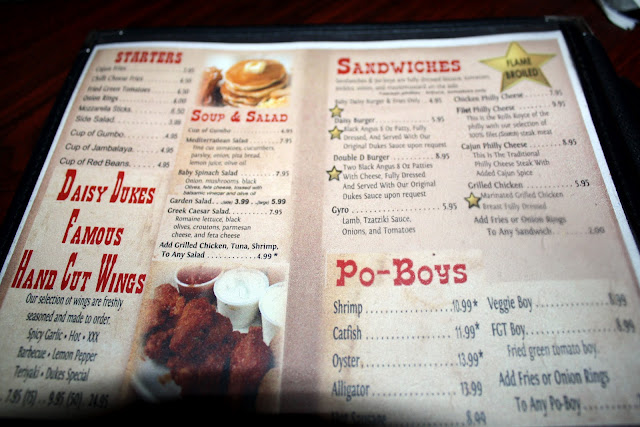 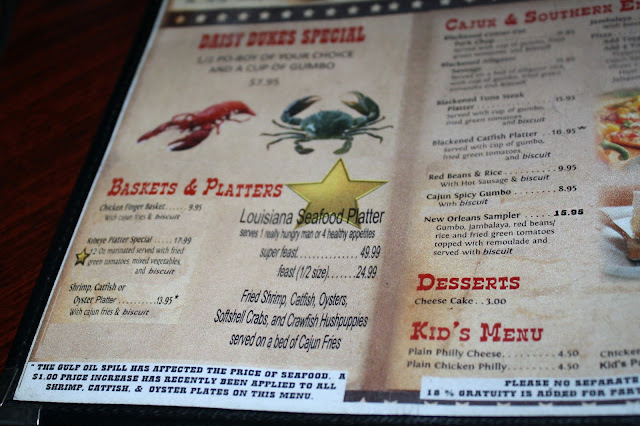 A menu not too different from many of the other places at which we ate, but I was not yet tired of fried seafood. 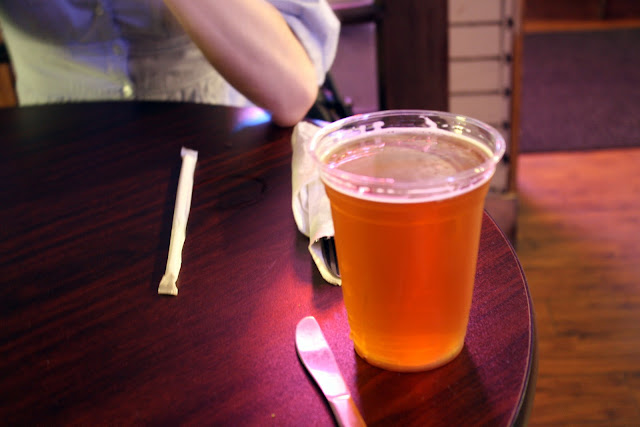 Or beer. I think this was an Abita Amber, but I don't remember. 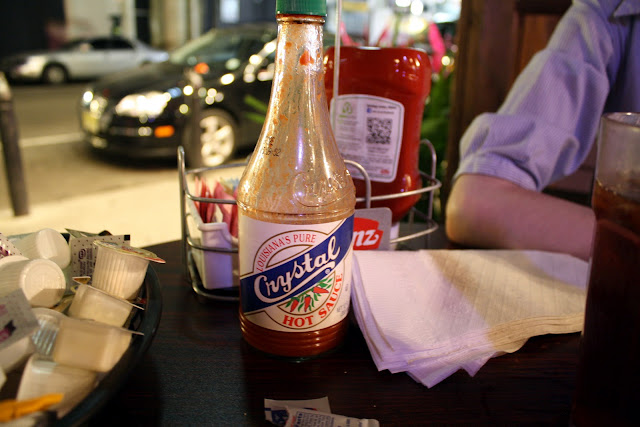 A friend of mine once told me that he won't eat at a restaurant in New Orleans that only offers Tabasco on the table and not Crystal. I think he might have been pulling my chain a little, but I still thought of him here. 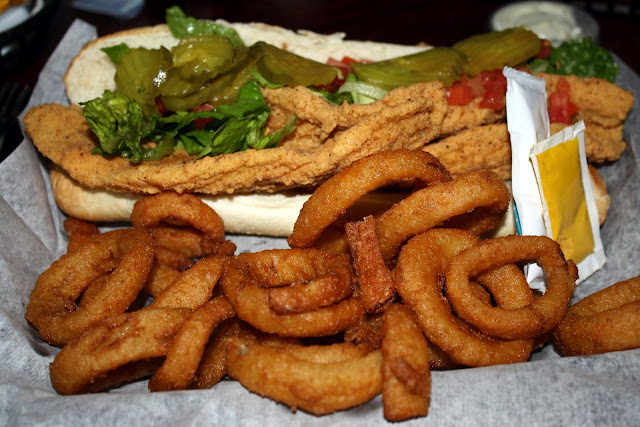 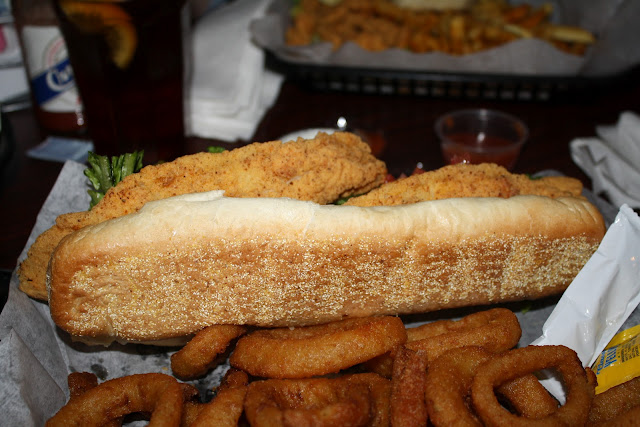 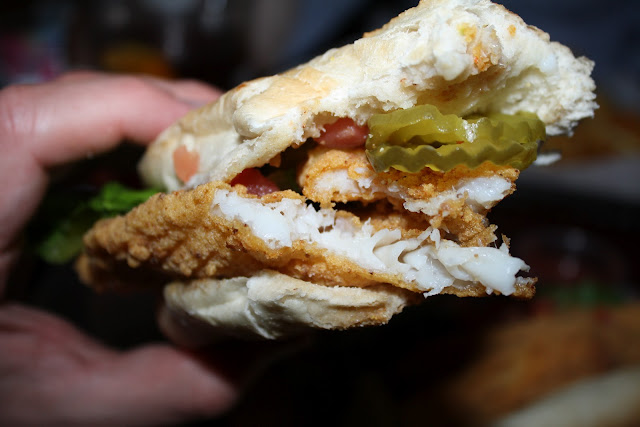 I ordered the catfish po' boy with onion rings on the side. The sandwich came on perfectly soft, cornmeal-dusted bread. The fish was crispy on the outside, tender and flaky inside. Everything I want in a po' boy. While this doesn't compete with Domilise's or Mother's as my favorite po' boy I have had in town, I still loved it and it blew away the fried seafood I had at Margartitaville or Le Bayou. 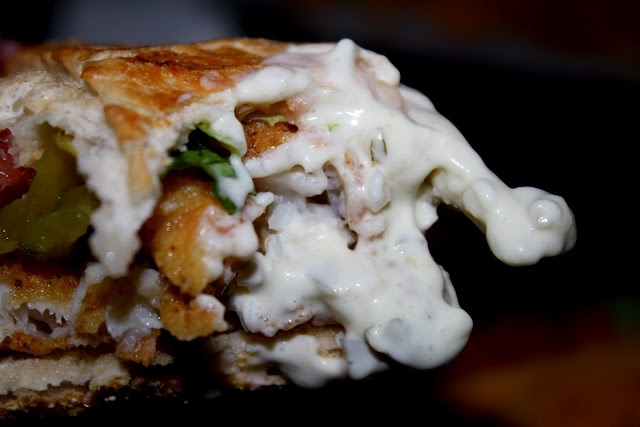 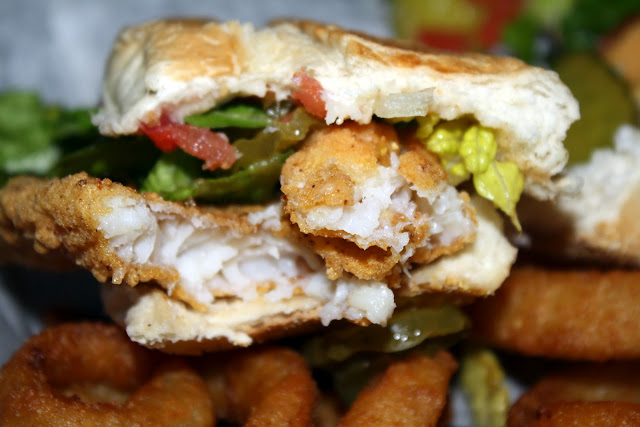 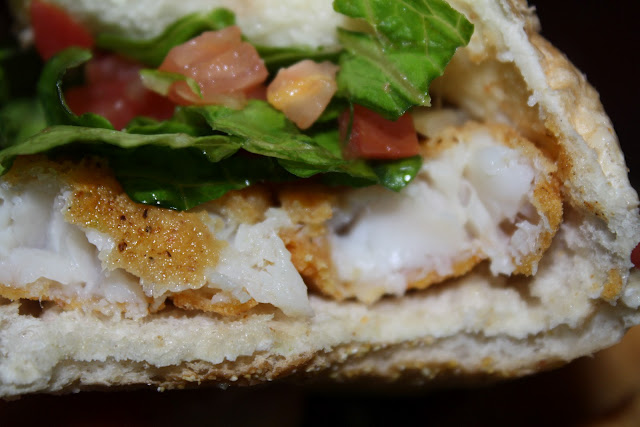 I didn't even mind the tomato. 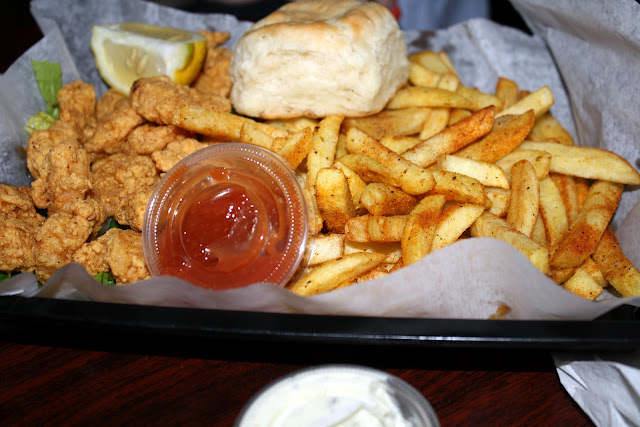 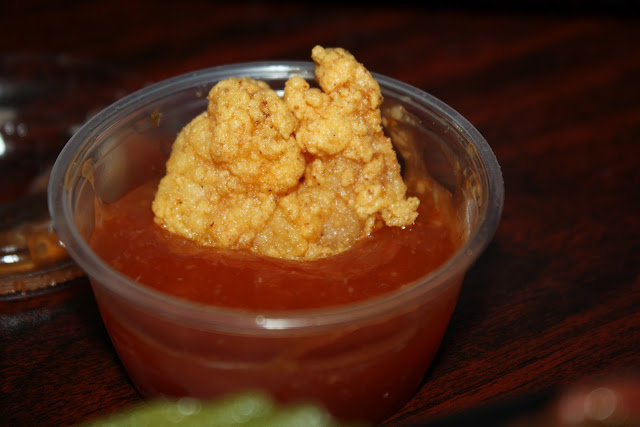 Elizabeth had the fried shrimp platter with fries. I tried a couple of her shrimp. They were good, but I did not like them nearly as much as my catfish.

I wish we had more time in New Orleans, but we've already started talking about our next trip back.

I agree with your friend re: boycotting the Tabasco only places. It's like a Mexican restaurant that offers only Cholula.
I mean come on, use a little imagination. Not bad products, but stand up and be somebody...

Seeing your catfish poor boy makes me want to ride to Burbank and visit Michael's - if only he wasn't such a d!ck.

Ooh, so negative! I need a beer myself!

Well, I guess I have TWO friends who are hot sauce snobs! I have to admit though, I admire your passion.

Pasadena Fish Market for catfish my friend. Half the price of Michael's and just as good.

"I didn't even mind the tomato". I can't recall the last time I've seen those words here!

Glad you finally got a decent sandwich. Funny about the Crystal. I always see it but have never attempted... had no idea how popular it was there.