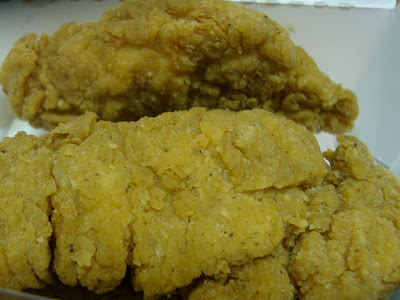 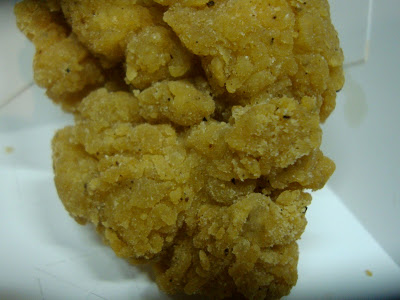 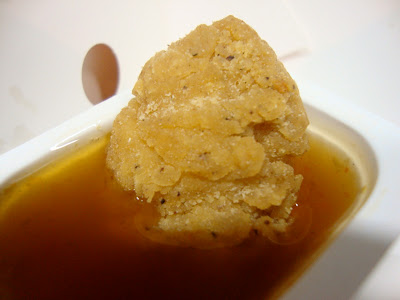 Two months back, I wrote about the lousy food I had at the Wheeltapper Pub in New York City, comparing their mediocre, overpriced chicken strips to Carl's Jr.'s. I realized even at the time that it had been years since I'd eaten Carl's chicken tenders, though, and perhaps I was being unfair to them. So I decided to give them another try.

I got the three piece chicken tenders. I did not ask for any sauce but they threw some sweet & sour sauce in the bag anyway.

They were absolutely terrible: more breaded than anything I can remember eating and overcooked to the point that I had to use a fair amount of force to bite through the chicken. These were far worse than the chicken strips I had at the Wheeltapper, although admittedly they were only a quarter of the price.

I am positive I will never eat these again. At this point the only time I ever go to Carl's Jr. is when they come out with a new promotion, perhaps two or three times per year.
Posted by JustinM at 12:43 PM

Have you ever gotten their Santa Fe Chicken Sandwich? I think that is pretty tolerable, even good.

Yes, I sure have. I would agree with you that it's tolerable, although I would not go so far as to call it "good." I like the sauce/pepper/wheat bun combo. But the chicken isn't very good.

I think they have new chicken strips now. I saw an ad for them and tried them out. They don't look anything like the ones you got, the breading is a lot thinner, "hand breaded", and they're quite good even without sauce. I normally put hot sauce on everything but these are fine plain.

Agreed - they're now much better. I wrote about the new strips just the other day if you wanna check it out.