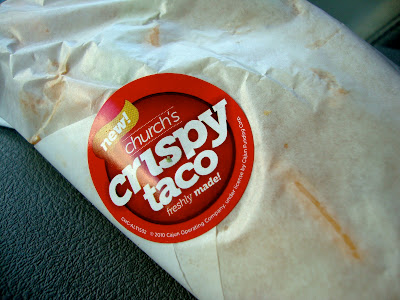 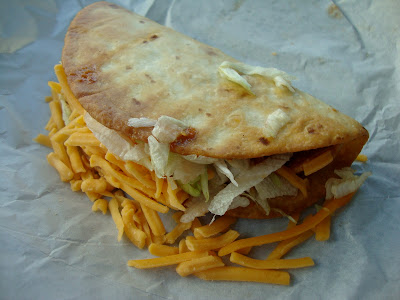 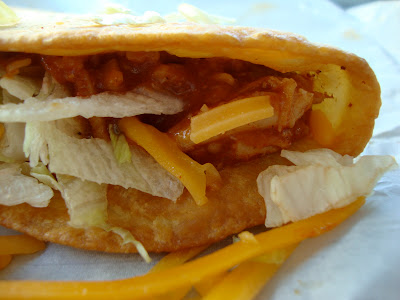 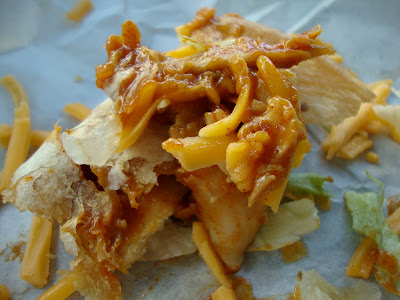 I was driving around Friday afternoon, craving a small snack, when I saw a sign advertising a new crispy chicken taco at Church's. It was only 99 cents and most of the time I like Church's, so I decided to give it a try. It was really good. The shell was thick and crispy and the chicken was very tender. I doubt I will ever get one again, but it was a perfect snack. 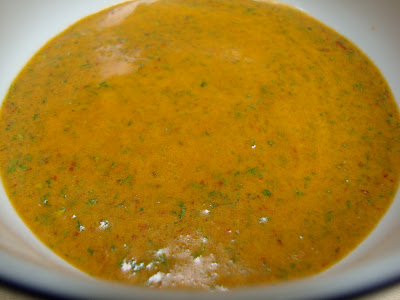 Saturday I went over to my parents' house to watch the UCLA football game with my dad. The day before I had gone to King Ranch Market and bought several pounds of marinated carne asada meat. I made a sauce of pureed chipotles, olive oil, red wine vinegar and cilantro. 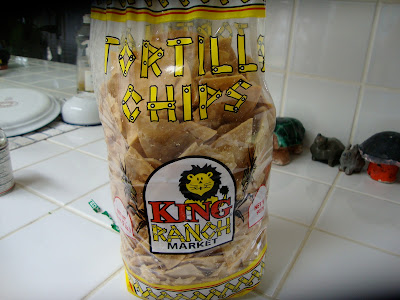 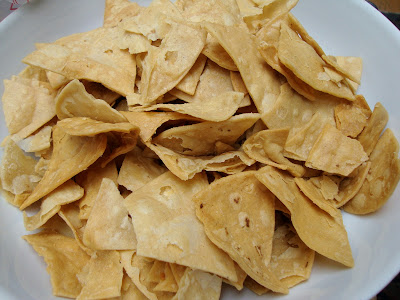 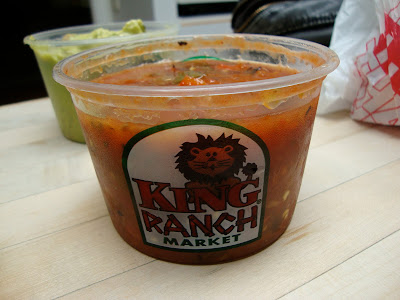 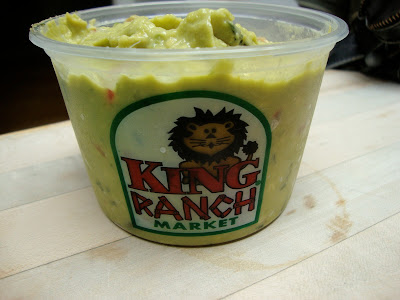 We had some of King Ranch's thick-cut chips with salsa and (for everyone else) guacamole. The King Ranch I usually go to (in Monrovia) always has several kinds of salsa in varying heat levels. The one I went to Friday (Pasadena) only had one, so that's what I bought. And it was quite spicy. I loved it, but it was a bit too hot for my parents. 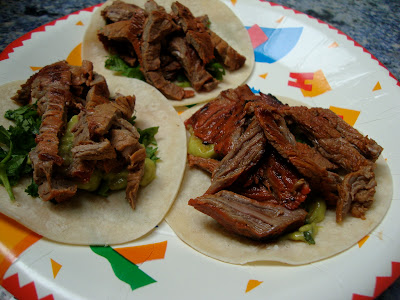 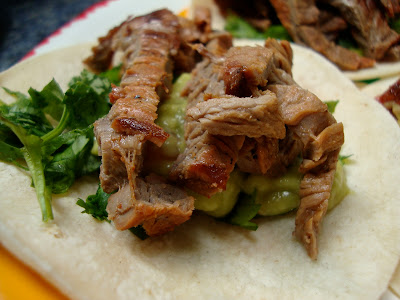 I assembled tacos for my dad: carne asada, guacamole, and cilantro. I do not remember how many he ate; it was somewhere between six and thirty-seven. 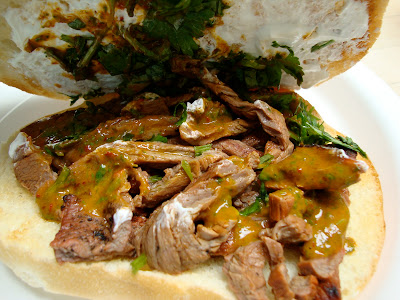 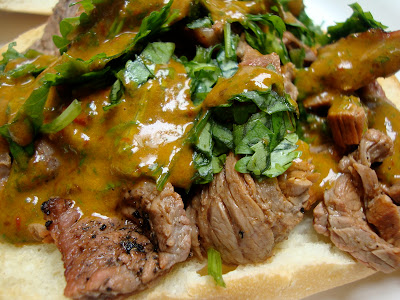 I made myself a torta on a telera roll: carne asada, cilantro, the chipotle sauce, and sour cream. It was outstanding. I'd never purchased a telera roll from King Ranch before, but I will buy them regularly from now on. 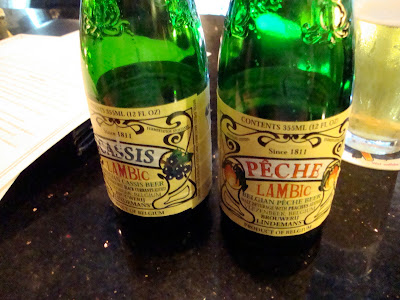 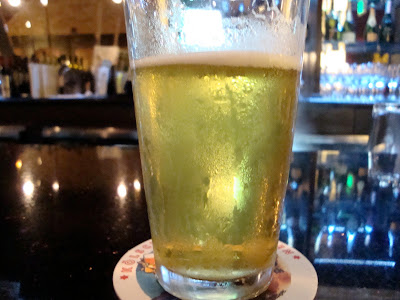 Saturday night, Elizabeth and I met our friends Carla and Murph at Pop. The ladies had Belgian beers, Murph had a glass of wine, and I opted to try the Eagle Rock Equinox on draft. This is my first of the beers from Eagle Rock Brewery, but I feel I owed it to them: despite only having been open a few months, one of their beers took a gold medal in a category at the Great American Beer Festival in Denver last month. The Equinox was very good: fruity on the nose but very sour, with a burst of citrus. It smelled like the vinegar solution I used to dye Easter eggs when I was kid - and the other three members of the party all agreed with me - but then again I always loved the smell of that stuff. 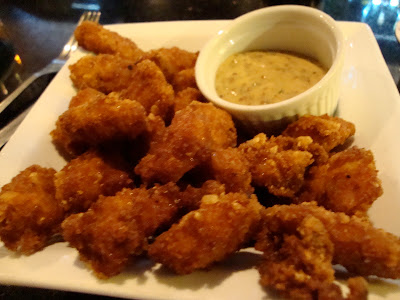 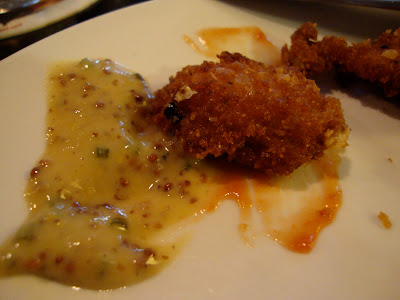 We shared some snacks, starting with the popcorn chicken. This is the third time I have had these here, and they have always been good. This time they were a little overcooked, but we still at all of them. 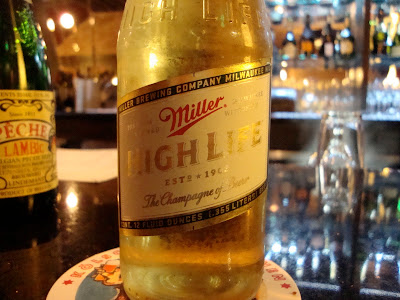 The Champagne of beers. 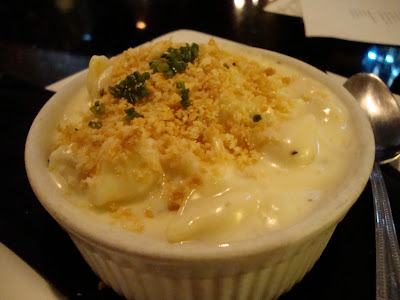 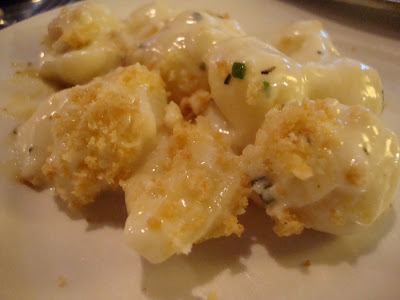 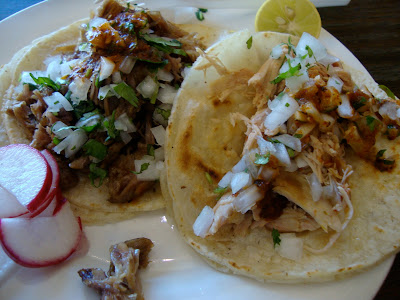 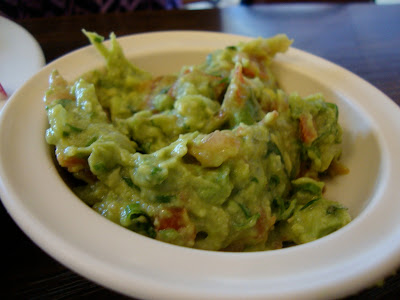 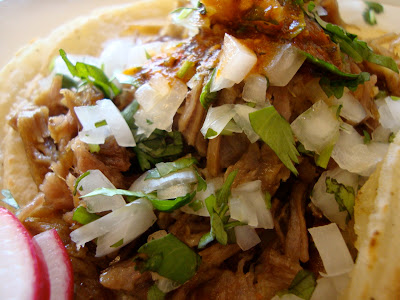 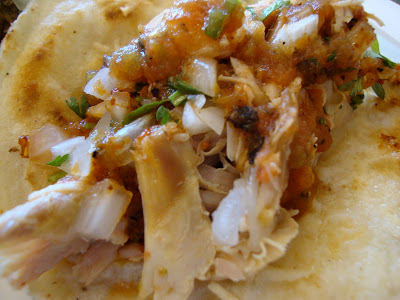 Elizabeth and I felt like tacos for lunch Sunday, so I took her to La Chona, that hole-in-the-wall taco joint that my friend Tim introduced me to a few weeks ago. We each got a carnitas taco and a pollo taco, with some chips and salsa and a side of guacamole. (The total for all this was nine bucks.)

The tacos were heaping. I ate both of mine but Elizabeth was only able to eat one; she stuffed herself on the guacamole. "I wish you didn't hate avocados so much," she said, "because this is some of the best I have ever had."

I ate the leftover taco for dinner, with some extra hot sauce and cilantro.
Posted by JustinM at 11:05 AM

The carne asada sandwiches were great, I really liked mine a lot. The rolls were fantastic. And of course, I loved my carnitas taco since I pratically inhaled it. And mmm guacamole.

I bought some truffle salt at a farmer's market at Le Cascine on Saturday. I have no idea what to do with it, but I am sure you will figure something out.