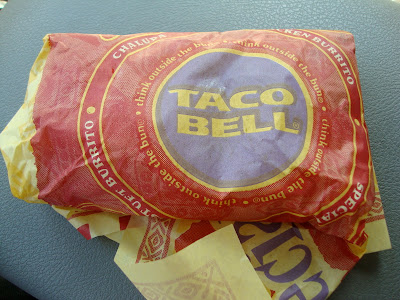 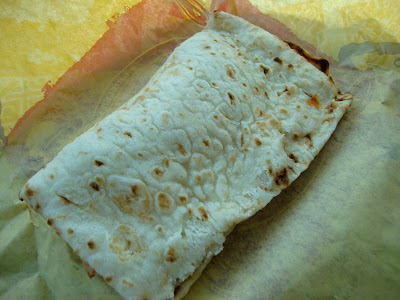 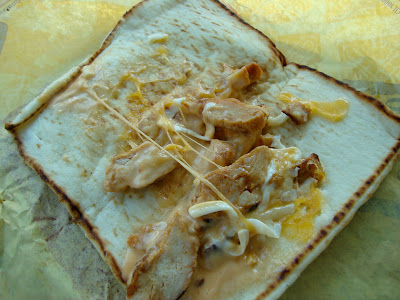 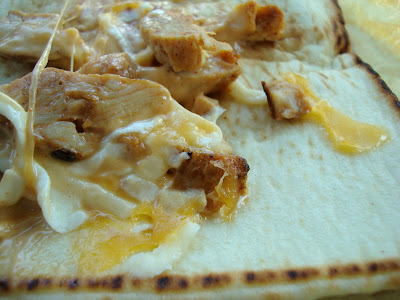 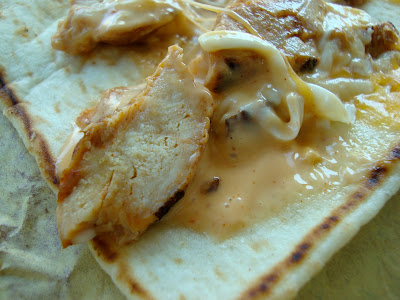 The adage that "you get what you pay for" may not always be true. Except when it comes to fast food. If you pay 99 cents for something, you can be assured it's not going to fill you up. A few weeks back I took pictures of Del Taco's 39 cent tacos, thinking I might write about them, but I honestly don't know what I would write. There is basically no meat in them. Yeah, they're cheap... but you would have to eat ten of them to get close to being full. How is that a good deal?

So I didn't really plan to try Taco Bell's relatively new 99 cent chicken flatbread sandwich. I did not think there would be anything to it. But yesterday I was running a couple errands and found myself right next to a Taco Bell and decided to get a snack.

There was nobody in line ahead of me, but it took more than ten minutes for the sandwich to be ready, something I did not understand as I was waiting, and understood even less when I took it to the car and unwrapped it. There was hardly anything in it, just a few scattered pieces of chicken and some cheese, randomly spread around. This took more than ten minutes to prepare?

But it was a lot better tasting than I expected it to be. The chicken was tender and the cheese had a slight spice to it. A couple of bites were just flatbread and no chicken or cheese, and the sandwich disappeared quickly, but it was not bad. All things considered, it was a pretty good deal for 99 cents. But I don't see any way I will ever get one again.
Posted by JustinM at 11:13 AM