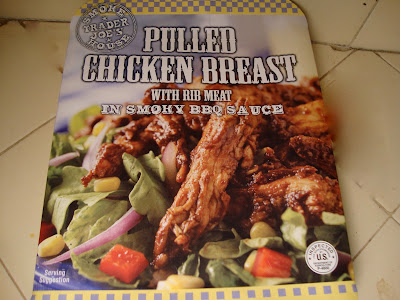 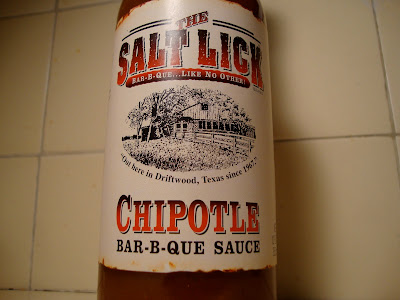 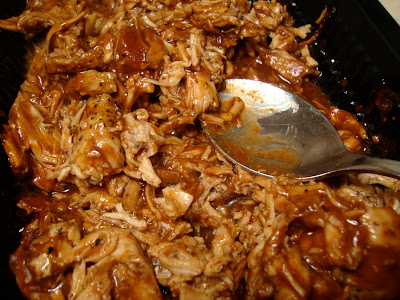 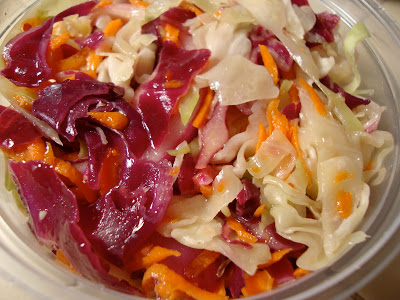 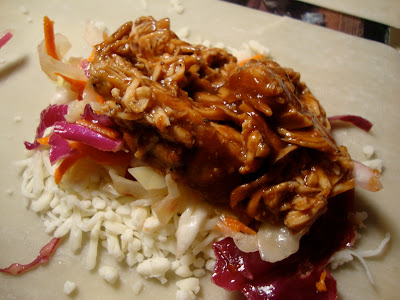 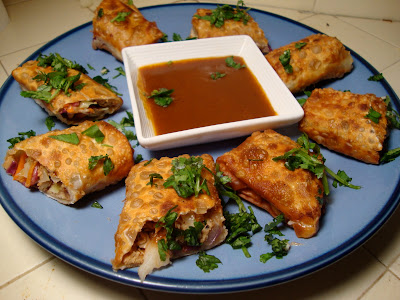 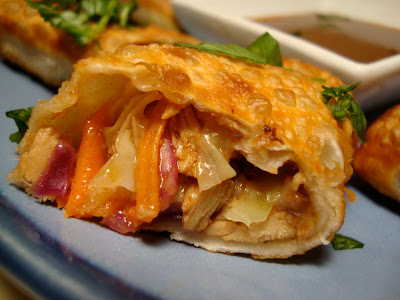 On another of those nights where my desire to make something fancy for dinner was minimal - I mean, the World Series was on - I decided to turn to an old favorite: barbecue chicken egg rolls. I've made many variations of these in the past; this time I decided to use pulled chicken from Trader Joe's. I'd never tried this particular flavor before, with the "smoky bbq sauce."

I picked up a container of cole slaw at Whole Foods. There is always cheese in the fridge and I considered using something on the exotic side, but I knew there would be plenty of flavors to the egg rolls and fancy cheese was not needed, so I just used shredded mozzarella.

I heated the chicken in the microwave for about three minutes, then spooned a bit of it onto each egg roll wrapper, crowning a bed of cheese and slaw. I rolled the wrappers and fried them in hot oil for a couple minutes, just enough to get them a dark golden brown.

Recently I saw a short piece on TV about The Salt Lick barbecue restaurant in Texas. (I do not remember if it was during one of the Yankees-Rangers games or, more likely, the UCLA-Texas game last month.) I have never been to the Salt Lick but I have eaten their bottled barbecue sauce on occasion over the years and always enjoyed it. I had been hoping to get either the original or spicy version but all Whole Foods had was "chipotle" - a variation of the sauce that I had not tried. Between Scotch and nothing, I'll take Scotch. I bought the bottle.

I loved the egg rolls. The Trader Joe's chicken was tender and peppery, the crispy slaw and gooey cheese were a nice complement to each other, and the barbecue sauce was tasty. I need to start making egg rolls more frequently; I always forget how good they are.
Posted by JustinM at 10:18 AM

Thanks. I was pleased. I made a second batch for Tracie to share, and even though I had used up all the slaw, she still thought they were great. I mean, it's crunchy, spicy and cheesy in each bite - what's not to love?

Love this idea! I'm going to try it myself with maybe some blue cheese!

They look like they turned out really well! Very crunchy looking!