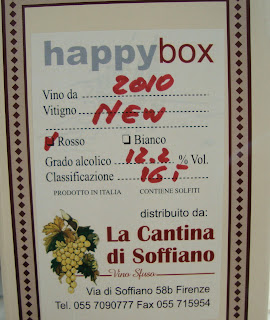 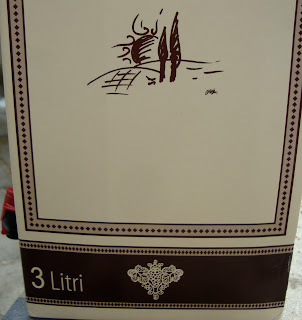 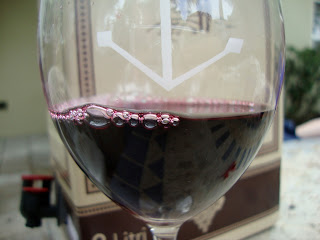 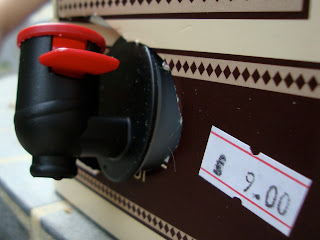 My friend Tracie recently got back from two weeks in Florence. She sent me a text that she was coming over with her happy box. I wasn't quite sure what she meant. A couple minutes later she arrived with a 3-liter box of red wine from a little Florentine shop. It was very sweet at first, almost too much, but after breathing for a few minutes it was much more tolerable.

It's not something of which I can drink more than a glass or two at a time, but it's the best nine-euros-for-three-liters wine I have ever had. 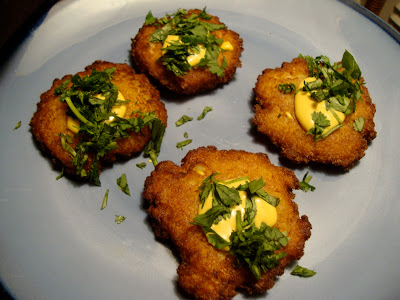 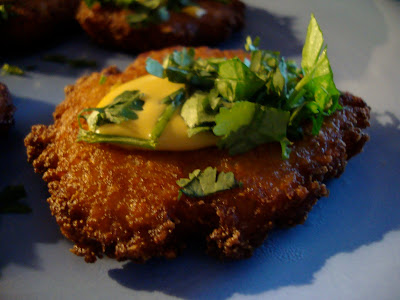 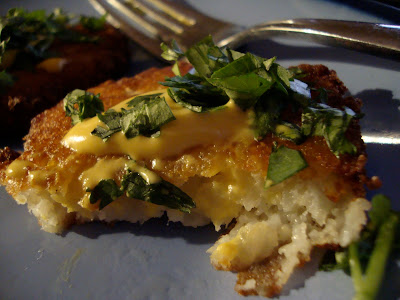 Later in the evening we realized we needed dinner. I looked in the fridge; there was little. In the freezer was a box of Trader Joe's potato pancakes. They would have to do. I sauteed them in oil until they were golden brown and chopped up some cilantro to sprinkle over them. I mixed up a sauce almost as a joke: a packet of McDonald's hot mustard and some sour cream. But it turns out that was not a bad combination.

"These are really good," Tracie said.

"Well, I had to come up with something as good as your happy box," I said.

I told Tracie that if she would share her Happy Box with me that I would certainly enjoy it as much as she does.

Wow, I really hung myself out to dry with that one. I'd better just shut my pie hole.