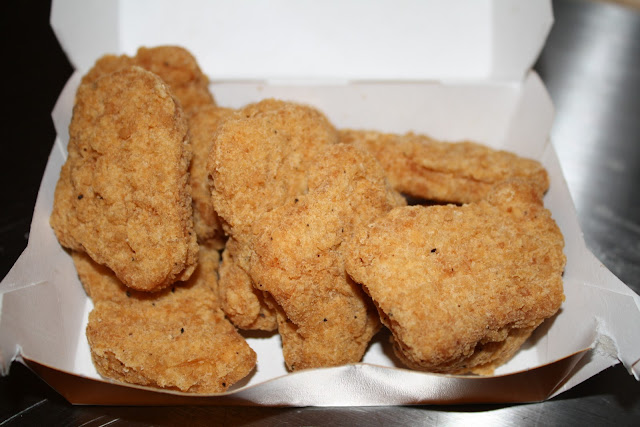 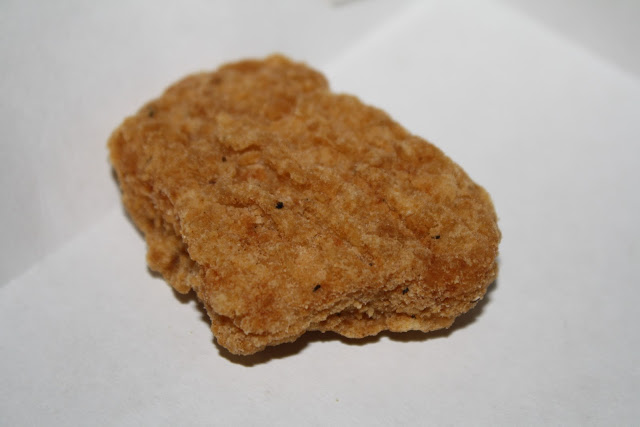 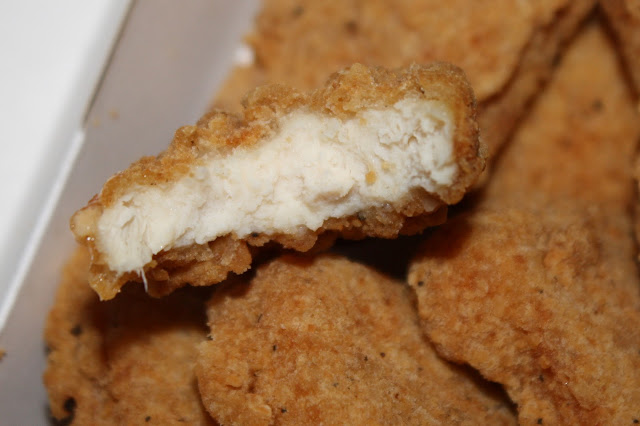 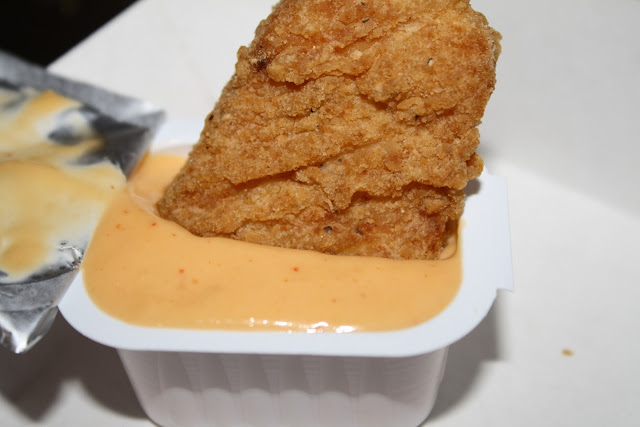 Interestingly, the new product is still called "tenders," even though they look just like nuggets. But Burger King is advertising them as having a new seasoning, along with the slogan "Crispy. Tender. New." So I figured I would give them a try. I ordered eight pieces for $1.99.

The "zesty" sauce that accompanied the chicken was very tasty, similar to the Popeyes Deltas Sauce I love. But it still wasn't enough to make the chicken edible.

The Carl's Jr. turkey burger I had the other day was the worst thing I have eaten so far in 2011. These new Burger King chicken tenders are the second-worst.
Posted by JustinM at 9:43 AM

i had these last week too. they were horrific,

Boooo! Good chicken tenders are so good and bad ones are SO bad!!!

Anon: I believe you. I'm not sure how someone tested this product at BK and said "Yes, this will do."

Fritos: So true. Lately my favorite chicken tenders have been the ones in the deli at the Vons market just down the street: plump, juicy, crispy tenders as good as any you can find at most restaurants.

I don't understand how BK stays afloat. It's all horrible.

Although I think their burgers are terrible, I can see how some people would like them. But these chicken products like the chicken fries or these "tenders"... I honestly can't understand how a single person would like them.

I never wrote about this, but I actually hated them so much that I tried them again the next day at a different BK, because I couldn't believe they were really all that bad. Sure enough, they were the same horrible product.