Beer & A Margherita & Other Weekend Eats 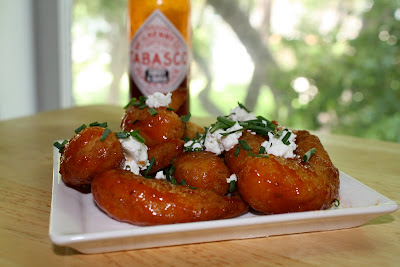 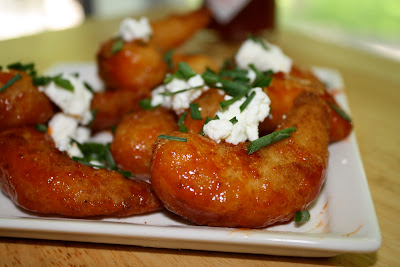 I had a very late lunch on Friday so I wasn't in the mood for any kind of big dinner. I decided to make an appetizer and just eat that. I fried some of Trader Joe's battered shrimp, tossed them in my beloved Tabasco Sweet & Spicy Sauce, and topped it all with goat cheese and chives. It was fantastic. 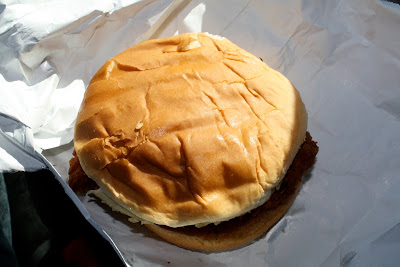 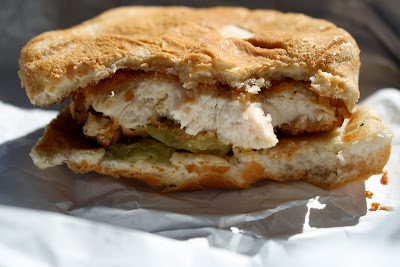 Saturday afternoon, while driving around, we needed a snack. I suggested we go by Church's so that Elizabeth can finally try their "Southern Style" chicken sandwich. I wrote about it in June, calling it "awesome" and "delicious." But she hadn't tried it yet. (She's enjoyed McDonald's take on the Southern-style chicken sandwich lately, and I had promised her several times that Church's is much better.)

It always takes several minutes to prepare, but I don't care - at least I can see them frying up the chicken. (Most of Church's chicken pieces are just sitting out under heat lamps.) So it's always hot and crispy. I was worried that this sandwich wouldn't be as good as the previous one and Elizabeth would say something along the lines of "You're an idiot," but she agreed with me that this sandwich is awesome and better than McDonald's. She loved how crispy and juicy it was. 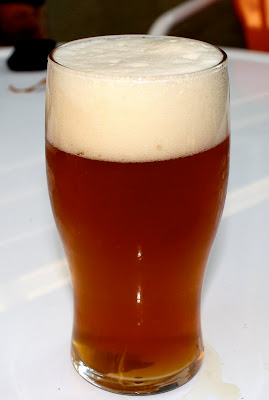 Saturday evening we went over to Tim's to sample his newest beer. He used Centennial hops just like he did for the summer ale last month, but this was even better: smoother, creamier, slightly citrus-tinged. This was the second best beer I have had in 2011; the first was Tim's stout back in May. 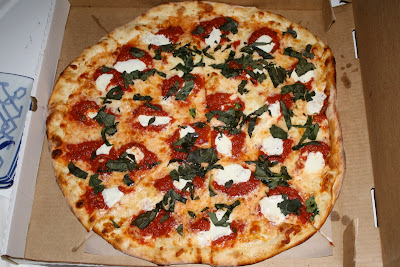 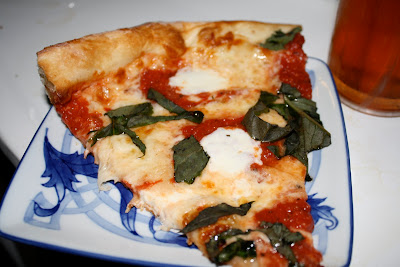 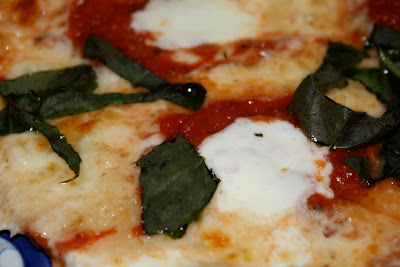 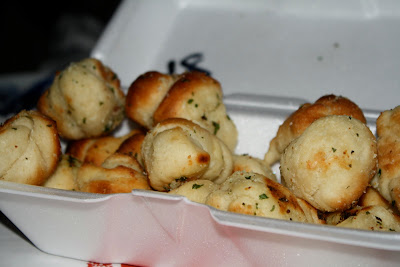 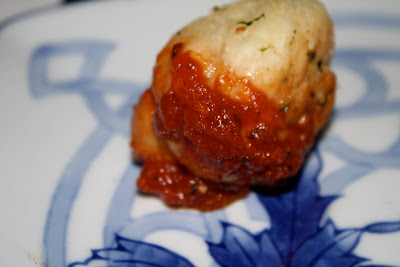 After a few beers, Tracie announced that she had not eaten dinner yet and we should get something. We all agreed. She took out her phone and called up Mamma's, ordering an extra-large Margherita pizza and, at my request, 18 garlic knots. The pizza hit the spot perfectly. 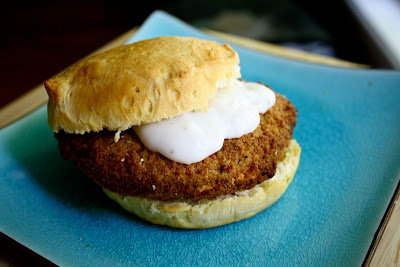 Elizabeth and I had planned to go to Green Street Tavern for lunch on Sunday so she could have some more of those waffles she loved last month... but she twisted her ankle Saturday evening and wasn't in walking shape. So I made us brunch at home: fried chicken on biscuits with a pepper gravy. (I mean, hell, it had almost been 19 hours since I'd last had a fried chicken sandwich. I was due.)

Was it as good as the wild boar meatloaf sandwich that I had planned to order at GST? No. Was it still good? Oh hell yes. 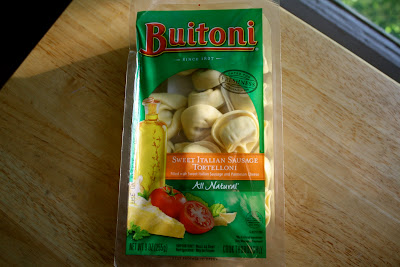 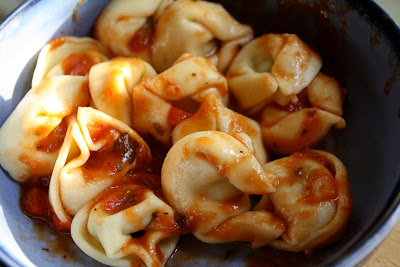 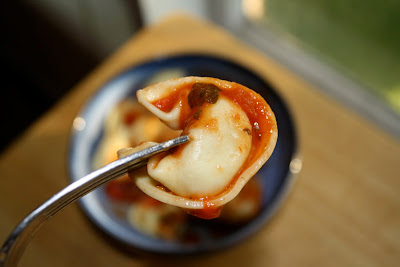 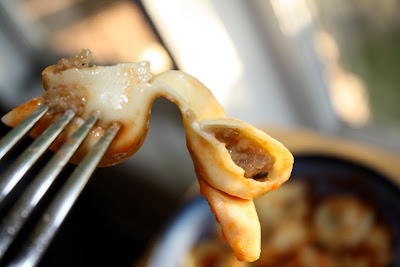 I didn't want anything fried, nor any beer with Sunday dinner. (Actually, that's not true, I always want those things. But sometimes I have to take a step back and say "Do something a little healthier," you know?)

I've written before that I am not a big fan of pasta. It's not that I hate it - it's not even that I really dislike it, actually - it's just that I almost always find it incredibly boring. People have heard me say this and responded "Oh, I'll make you some pasta that I guarantee won't be boring"... and then they make some kind of noodle dish with shrimp and bacon and cheese and they proudly present it to me and say "How about that?!"

And I inevitably say "Yes, the shrimp and bacon and cheese are wonderful flavors... but the pasta is not. It is boring. If you removed it from the dish it would not make one difference."

However, there are a few pastas that I really like, and Buitoni makes one of them: Sweet Italian Sausage tortelloni. I had one in the fridge so that is what I cooked. I poured tomato sauce in the Cuisinart mini prep and pureed it with basil and garlic, then drizzled the sauce over the boiled pasta.

I ate dinner, watched the Angels lose on ESPN Sunday Night Baseball (here's a tip for any of you who like to gamble: always bet against the Angels in nationally-televised games, unless they're playing the Dodgers) and went to bed.

I think I had a dream about a fried chicken sandwich, but I'm not completely sure.
Posted by JustinM at 9:49 AM

pp- how did u make that fried chicken? just curious

I actually used these. We got them one time because they were half-price at Ralph's and we figured "Why not try 'em," expecting that they would be high school cafeteria-quality and we would just be glad we didn't pay full price.

It turns out they are really good. I wouldn't serve them to guests as a gourmet meal, but for a relaxing brunch at home, baking them with some Pillsbury biscuits is a nice, easy meal.

I really like the gravy that comes with the chicken. I could just eat biscuits and gravy.

We don't have Fast Fixin' (or Ralph's, for that matter) but I was surprised how good the Great Value Southern Fried Chicken Breast Patties are. Like you, I picked up a bag because they were cheap and thought they would just be okay, but they're definately more than okay even if you're not going to mistake 'em for chick-fil-a.