The Luggage Room Pizzeria (At Home) 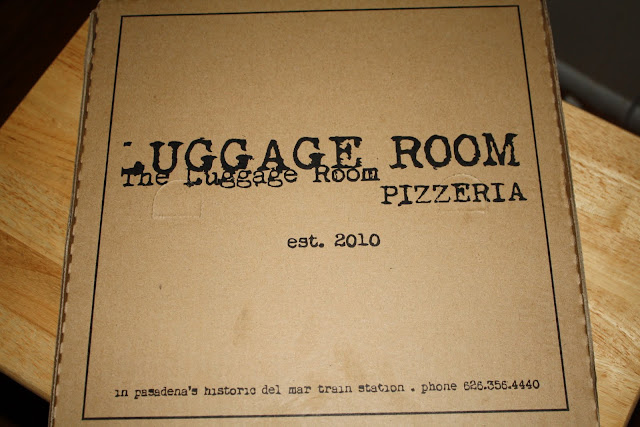 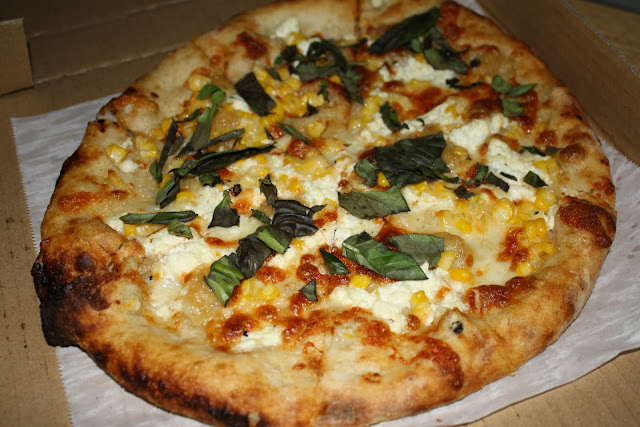 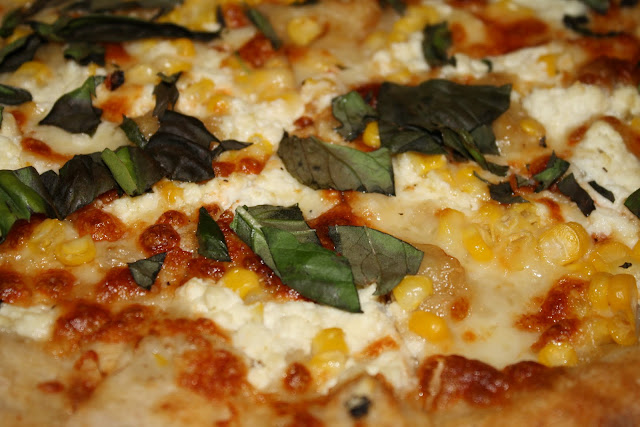 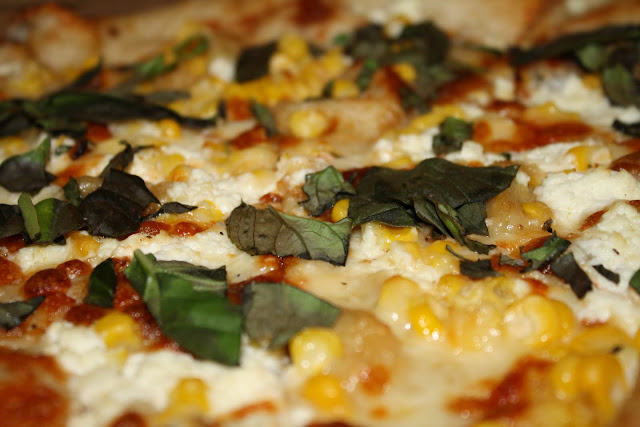 The Luggage Room Pizzeria opened last year in Del Mar Station - in the former baggage room of the defunct train station - but I never had much desire to go. Sure, I love pizza more than pretty much any other food, but the place is owned by La Grande Orange, the restaurant responsible for the single most disappointing meal I have ever had in Pasadena. I never wrote about that meal because recalling the details still makes me furious - it was Elizabeth's 30th birthday, no less - so I will just say that I will never spend another cent there again.

(Well, okay, it's a Friday so I will give you one good story from that dinner: a waitress was clearing a table near ours and, as she was carrying a plate past me, dropped a steak knife off the plate which bounced off my thigh and then landed on the floor. Thankfully it did not cut me. She looked at it, then me, then laughed and walked away without an apology. The knife remained there for the rest of our meal. And that was perhaps only the fourth most annoying thing about the meal.)

A couple of blogs I love wrote about The Luggage Room, giving it tepid praise at best, which only cemented my desire not to ever visit. Even when my friend Tim reported that he thought the pizza was good, I repeated that I would probably never be trying it.

The other night I received a text from Tim that he had left a snack for Elizabeth and me by our kitchen door. I looked and found, to my happiness, a full box of pizza. (I'd only had a small amount of pasta for dinner earlier in the evening and it turned out not to have been enough, but I wasn't in the mood to make anything else and I'd just planned to go to bed slightly hungry.)

And it looked beautiful when I opened it: corn, goat cheese, and basil. If you have ever seen my pictures of the pizzas I make, you will recognize that these are three of my absolute favorite toppings. To have them all on one pizza was nice. I threw it in the oven for five minutes to warm it up a little.

The crust was tasty; it had obviously been cooked in a very hot oven and it was singed in a few spots. I can't get my grill hot enough to make crust like this at home. The toppings, on the other hand, were nothing special. They were good, no doubt, but indistinguishable from the pizzas I make at home. If anything, the corn I use is better.

I didn't ask Tim how much this pizza cost, but I looked online and saw at least two places that mention this pizza is $17.00. That seems a ridiculous - though not at all surprising - amount for an eight-slice pizza that, if I hadn't already eaten dinner, I could easily polish off myself.

I admit The Luggage Room's pizza was better than I thought it would be, and I really appreciate Tim surprising us with a pie, but it did not change my mind about visiting the place. Even if I hadn't had such a terrible experience at La Grande Orange, the Luggage Room would never replace Mamma's, The Kitchen, or especially my homemade pizzas.
Posted by JustinM at 11:42 AM

I like the name Luggage Room but the price is steep. And you are a pizza professional.

Honestly, almost all the pizzas you make look better than that and didn't you say they are only like four bucks each?

Anna: Aw, thanks. But I've never actually made any money off of my pizzas, so I'm not sure I'm a pro.

Michell: Thanks. Yes, the pizzas I make usually work out to between three and five dollars, depending on how fancy I make the toppings.

Tim can leave a pizza at my back door anytime he likes! (if you know what I mean…)

why did tim leave a pizza by your kitchen door? i mean, why didnt he just ring the doorbell and hand it to you? the mind boggles

Our front door is only used by the occasional FedEx guy (and once a police officer). Everyone uses the back door, and there is no doorbell. So it's possible he knocked and we just didn't hear.

Anonymous - He didn't knock. He used the kitchen door and sent a text message informing the occupants of their new-found fortune. He left it at that door because that's where the action is.
This truly mind-boggling puzzle is solved.