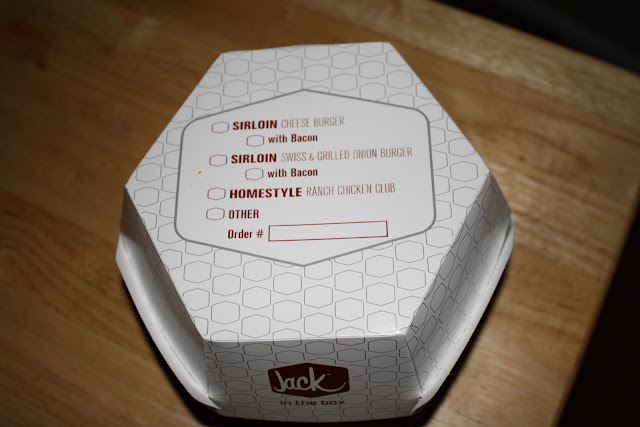 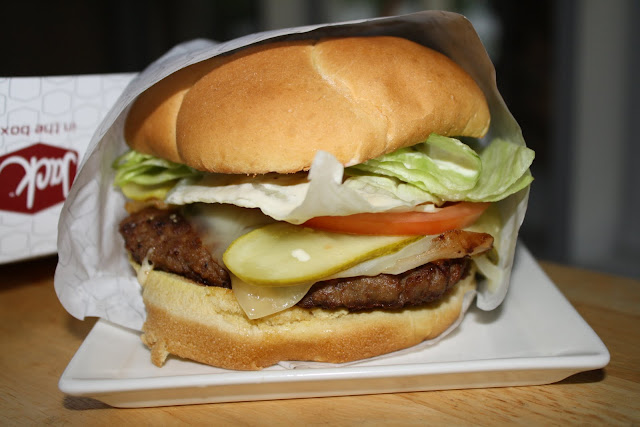 I have been eating at Jack in the Box for years. I've mentioned more than once - actually, I just mentioned yesterday - how much I loved their toasted ravioli. The post I wrote last year about their egg rolls is one of the ten most popular I have ever written. Jack's Spicy Chicken is almost always a reliably good fast food sandwich.

But I don't think I've ever had a burger from Jack in the Box. I certainly tried the mini sirloin burgers two years ago (and hated them), but I don't ever remembering ordering a regular burger. This doesn't surprise me; there is no major fast food chain that serves a burger I like. (Although at what point should Five Guys be considered major? With their expansion they now have more than 750 locations around the country, and I definitely like their burgers.)

The other night Elizabeth said she was in the mood for a Jack's Spicy Chicken, and I said Jack sounded good to me. There was a long line at the drive-through but I really didn't feel like getting out of the car, so I decided just to wait, which is very rare for me. I also decided to try a burger; partly to have something new to write about, but mostly just to see if Jack's burgers are any good. I opted for the "Swiss & Grilled Onion Burger."

Back at home I opened the box and was impressed with both the size of the burger and its appearance. No, I wasn't going to confuse this with the burger at Green Street Tavern, and probably not even with a Double-Double, but it was much more attractive than I was expecting. 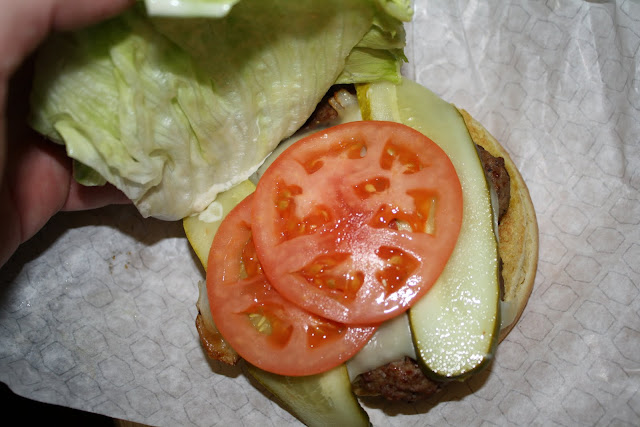 You can judge this for yourself, but obviously I removed the tomatoes right away. 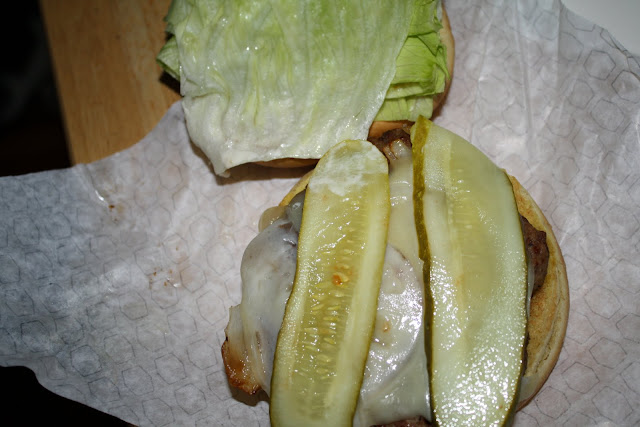 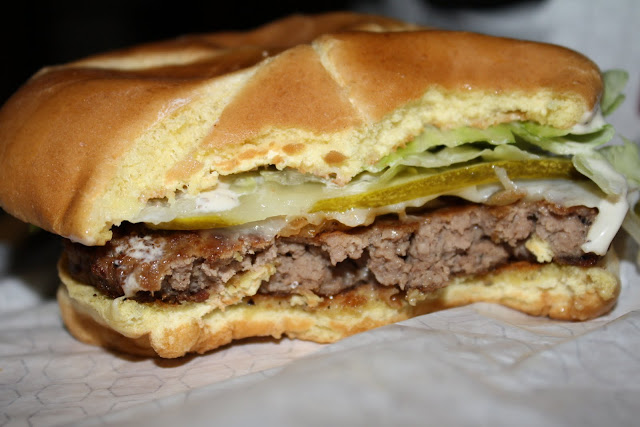 The bun was very good, soft and spongy. And the toppings were quite nice: there was the unmistakable taste of warm, grilled onions and the cheese actually tasted like Swiss. Unfortunately, the meat was terrible. Dense, tough, and tasting of freezer burn, this is the kind of meat I associate with another, larger fast food chain.

I couldn't finish the burger. And that's a shame, because I really did like everything except the meat. If I had had any fresh ground beef in the fridge I would have immediately cooked myself a patty and swapper it out for this one. But I did not. So I ended up throwing out half the burger. The meat was that bad. 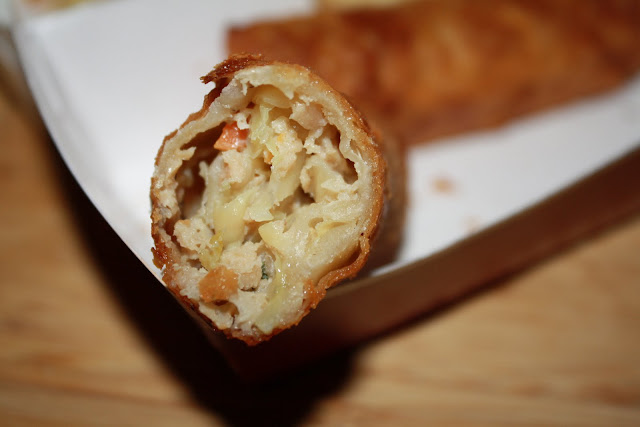 We'd gotten an order of three egg rolls to share, but Elizabeth let me have all of them when she saw how much I disliked my burger. I was in love. (With the egg roll, not Elizabeth.)
Posted by JustinM at 12:05 PM

yek, nothing worse than cheap meat. At least you had the eggrolls to fall back on. I do love Jack's fries.

That's a shame... I've never tried thier sirloin patty -- maybe they just don't sell as many as the standard patty so they sit around longer? I love the Jumbo Jack and the Sourdough Jack, though. The Jumbo Jack is a deal at $1.39, but if you want to add cheese it's something rediculous like 30 cents.

I've also had problems with freezer-burnt tasting meat from Jack in the Box. In fact, pretty much every burger I've gotten there tasted as such. Either people who eat their burgers have no taste buds and/or they're all drunk.

I think a lot of people don't ever experience freshly cooked ground beef. They're used to fast food or previously-frozen backyard burgers so they just assume that's what burgers are supposed to taste like.