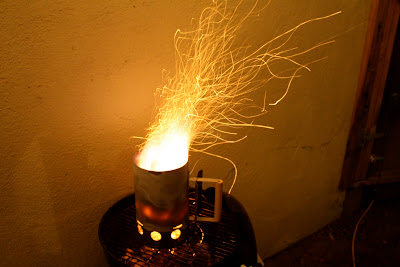 Elizabeth and I were sitting on our patio yesterday in the early evening, enjoying a couple of cold beers, when our friend and neighbor Tim stopped by. After drinking a beer himself, he announced "I have four of those caliente sausages from Taylor's left over from your birthday. I'm going to defrost them and grill 'em up."

We didn't have any dinner plans, and that sounded great to us. 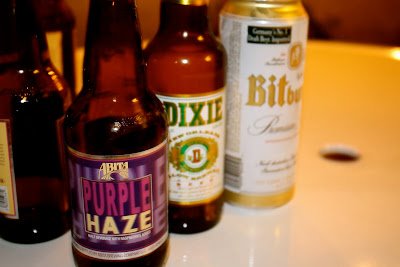 All good beers for summer evenings. 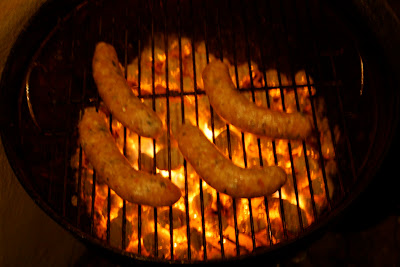 There was four Italian sausages cooking on the outdoor grill. And they were sizzlin'. 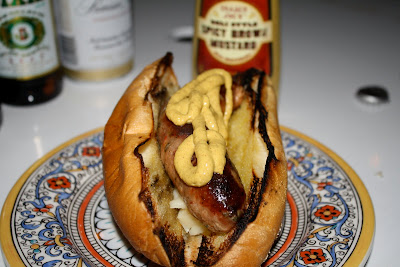 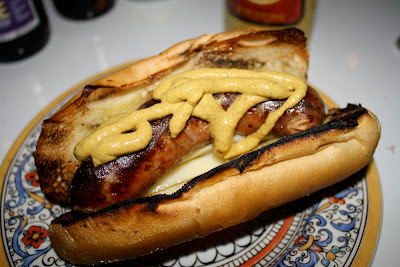 Tim mentioned in an apologetic manner that he didn't have any side dishes to serve with the sausage, as if anything else was necessary. Sometimes all it takes is a grilled sausage with spicy brown mustard and all is right with the world. The wieners were just as good as they had been last month. I don't know what kind of peppers Taylor's puts in them - probably jalapeno - but they are spicy and delicious. 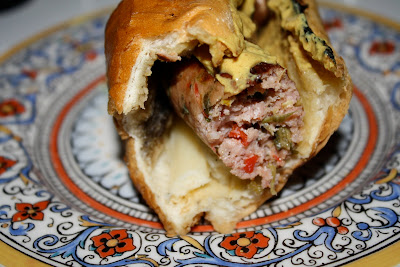 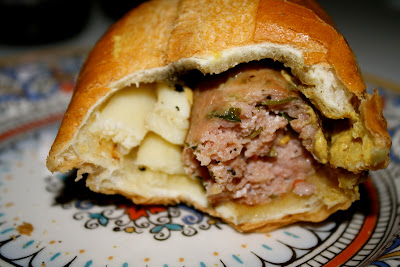 I come up with some interesting ideas every once in a while, but Tim had a stroke of genius here: putting string cheese in the buns with the sausage. It was a perfect complement.

Elizabeth and I were home by 10 so we could watch a repeat of Blue Bloods. My Fridays may not be the epic misadventures they once were, but they are no less enjoyable.
Posted by JustinM at 9:04 AM

Good neighborly vibes going on here! Love the string cheese stroke of genius as well. How is that Purple Haze btw?

Well, I'm not a fan of fruit-flavored beers. BUT... if I have to have one, Purple Haze is the way to go. And Elizabeth really likes it.

I do love Purple Haze! And these sausages were fantastic.

Many years later we found ourselves in Canada...
Or maybe it was just your parents' house, listening to Lake Marie.