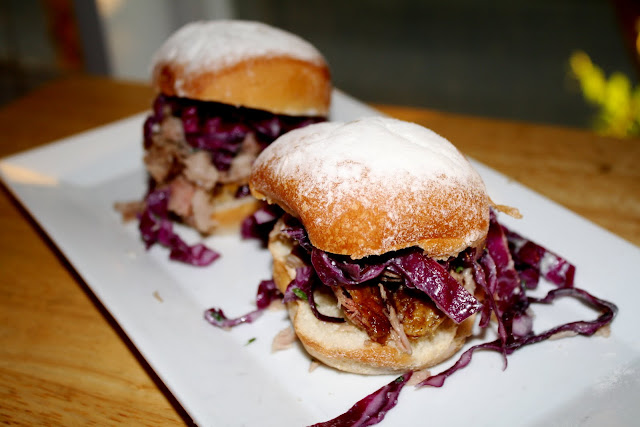 The other day, Elizabeth said she felt like carnitas for dinner, and that was just fine by me. I've written of Trader Joe's carnitas before; it's not the best carnitas you will ever have but it's inexpensive, delicious, and easy to customize. 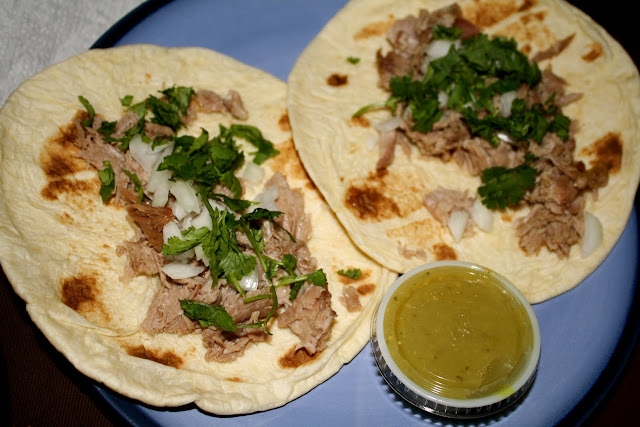 When Elizabeth wants carnitas at home, she likes it on Trader Joe's pita bread with chopped onions and cilantro. (And also a leftover container of Taco Fiesta's salsa verde.) I've eaten them this way many times, and have no problem with them, but I was in the mood for something a little different. 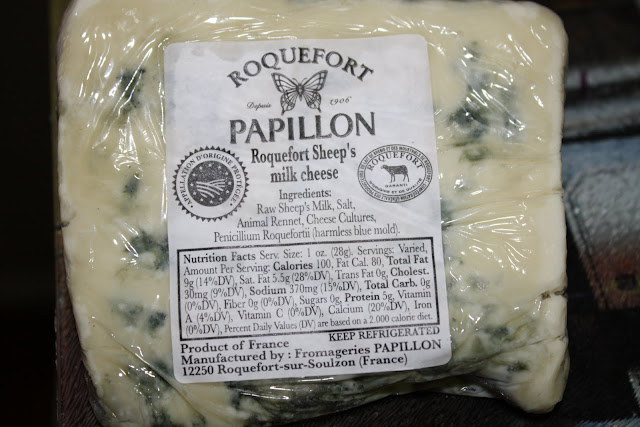 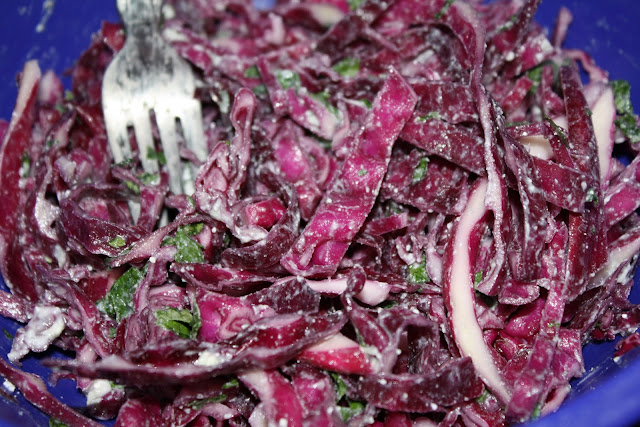 The other night I was watching Anthony Bourdain: No Reservations and one of the guests on the show made a red cabbage and Roquefort slaw. Something about that sounded incredibly delicious to me. I chopped up half a head of red cabbage and tossed it with vinegar and a touch of olive oil. I added some of the extra cilantro that I had chopped for Elizabeth's tacos, and several ounces of crumbled Papillon Roquefort. It was an intense, vinegary slaw with the distinct bite of strong blue cheese. I freaking loved it. 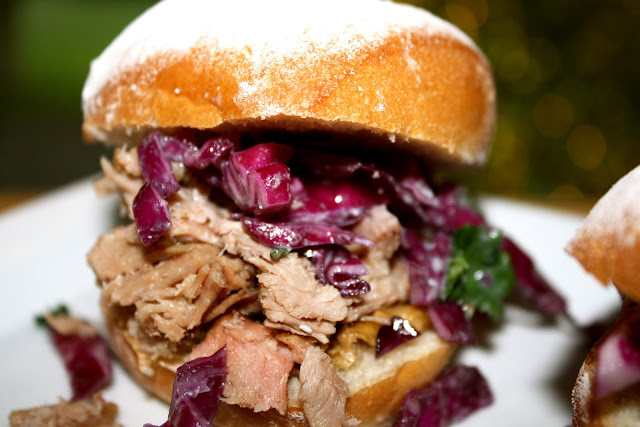 And it went quite well with the carnitas, the tang of the slaw complementing the saltiness and juiciness of the pork. 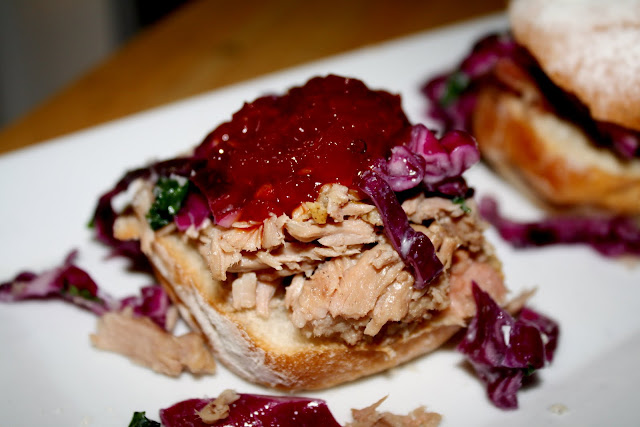 I added some sweet jalapeno sauce to one of the mini sandwiches as well, and it certainly tasted fine, but to be honest it wasn't necessary. Just the cabbage and the pork alone were enough.
Posted by JustinM at 11:59 AM

WOW! I love this slaw and overall sammie combo. I definitely need to try making it. Good stuff Justin!

Thanks Banana. I'm sure it goes without saying to everyone that you have to LOVE blue cheese - not merely like it - to appreciate this slaw. It is not subtle.