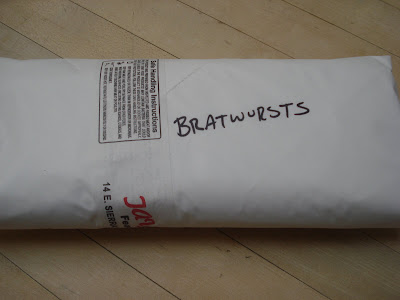 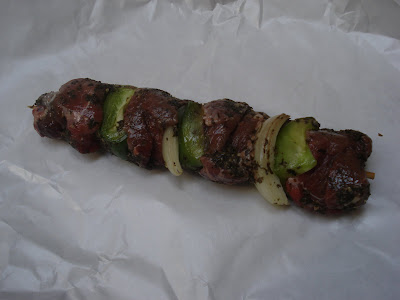 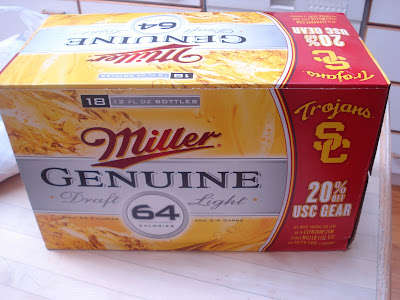 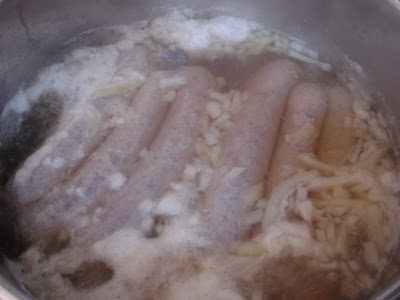 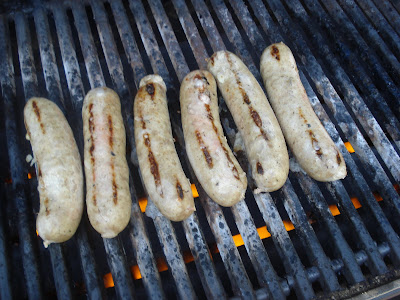 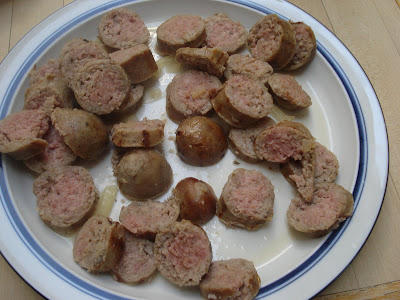 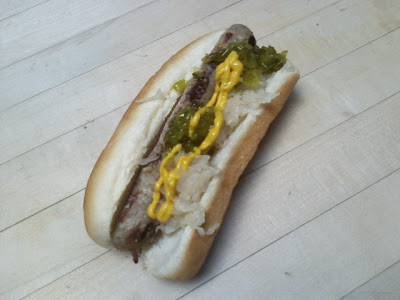 Is there anything better than that first warm weekend in March when you can tell spring is almost here? And is there anything more perfect to cook on that weekend than some bratwurst boiled in beer and kissed on the grill?

Saturday, Elizabeth and I went to the Victory Park farmers market in the morning, ran a few errands, then went over to my parents' to have lunch and watch the final UCLA basketball regular season game on their huge HDTV. We went by Taylor's Ol' Fashioned Meat in Sierra Madre and picked up a couple packages of bratwurst and a lamb kabob with peppers and onions (that's the second picture; my mom didn't feel like beer brats.)

The only beer in my parents' fridge was Sierra Nevada Celebration Ale. I have no problem with that - I don't think there's a better beer made in America. But I didn't feel like pouring several bottles of it into a pot to cook the beer. So we went up to the liquor store and bought a case of MGD 64, which was adorned with USC Trojan ads. Back at my parents' I took out the bottles and folded the box in the recycling bin before my dad (UCLA '69) could see it.

I boiled the brats in a few bottles of MGD and a chopped sweet onion for about 15 minutes. After that I put them on the grill for a couple minutes on each side to get the grill marks and a slight char. My dad ate them sliced up with some of the beer poured over it. Elizabeth and I had them on a bun. I added sauerkraut, relish and mustard to mine.

UCLA won the game easily. The most disappointing part was that the game - which was on ABC HD - wasn't even broadcast in HD. Seriously, it's 2009 and ABC can't show all their Saturday afternoon games in HD? Food Network can broadcast all their shows in HD (not a pretty picture when Emeril is on, by the way) but ABC can't show a pivotal basketball game in HD? Ridiculous.

Regardless, it was nice afternoon for beer, bratwurst and basketball.
Posted by JustinM at 1:15 PM