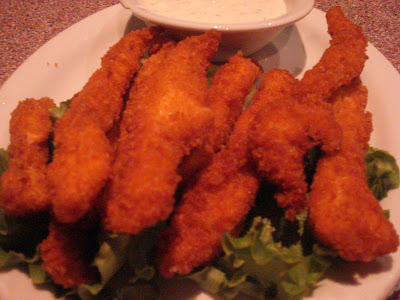 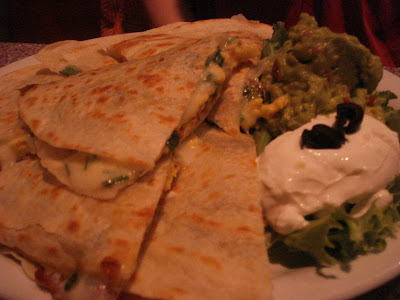 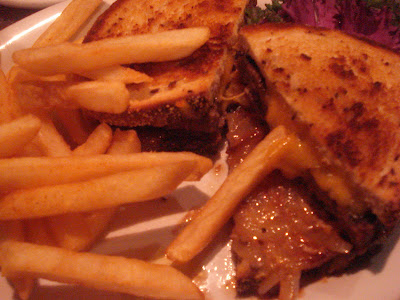 You can probably guess what's coming. Shortly before 1 I called them and was told they were running late but would still be there. A little after 4 I called them again and talked to a completely confused woman who could tell me nothing. I got the feeling she would have been confused if I'd asked her name. They never showed up, never even called, and a couple days later I had to enlist my brother's help to move the fridge ourselves. We just donated it to Salvation Army. (Three days later, however, SCE called and asked if I still wanted the fridge to be picked up.)

Trusting that SCE was going to come by by 1 o'clock, as they said they were going to, I had moved everything out of my old fridge the night before. I literally did not have a single thing in the house to eat. When Elizabeth got home a little after 7, I was as hungry as I have been in a long time. We immediately left to go out to dinner. Shakers was the first place I saw and I suggested we go there.

Shakers has been in South Pasadena longer than I have been alive. When I was young it was called the Salt Shaker, although eventually they dropped the "Salt" from their name. I have only eaten there once, when I was a teenager, and I did not remember a single thing about the food. (Years later, however, when watching the movie Old School, I recognized the corner of the restaurant where they had a "fraternity" meeting as the exact place where my friends and I had sat.) But I did remember it being a classic diner, which I know Elizabeth loves. And at that point we could have just gone to Winchell's and I would have been happy as long as I could have stuffed my face with donuts.

We started with an order of chicken strips. The breading on these was very good, but the chicken was really tough. It had the consistency of jerky. I still ate all of them, of course, but if I hadn't been so hungry I doubt I would have eaten more than a couple.

Elizabeth had the breakfast quesadilla. She can eat breakfast any time of the day. (In addition to the regular breakfast menu that is served until 11 AM, Shakers has an "all day" breakfast menu.) I had bite of this - it was awesome. It is a huge tortilla (I mean HUGE; there were about eight triangles) stuffed with scrambled eggs, bacon, sausage, cheese, grilled onions, and cilantro. It was better than any breakfast quesadilla or burrito that I have ever had. She only ate about half of it, and the next morning we snacked on it, and it was even better cold.

I had the patty melt: a burger patter with sauteed onions, cheese, and "special sauce" on grilled corn rye bread. This was also fantastic. The grilled onions were especially great. The fries were standard diner fries - not very good, but I still ate them all.

Would I have liked this meal so much if I had not been so hungry? I guess the obvious answer is probably not. But it was so good, I'm sure I still would have loved it. It's easy to see why Shakers has been around for almost 40 years.
Posted by JustinM at 11:28 AM