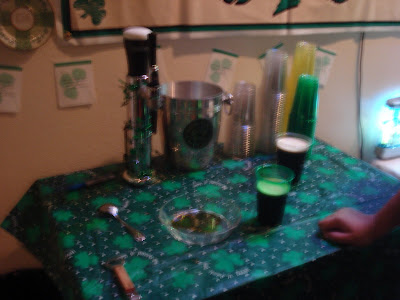 Is there anything more beautiful than a party with a keg of Guinness? No, there isn't. 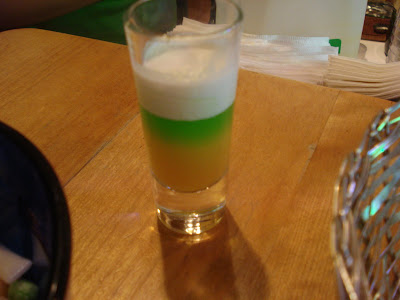 A drink my friend Jack "invented" with the colors of the Irish flag: orange juice, green Skittle Vodka, and cream. I did not try it, but it sure looked pretty. 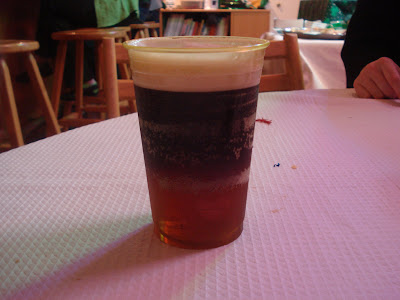 My friend Taylor felt like taking a Black & Tan to another level so he poured Harp, Smithwick's, and Guinness. 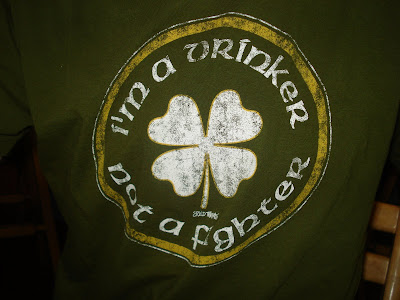 Taylor - he's a drinker, not a fighter. (But he's also a fighter, so don't get any ideas.) 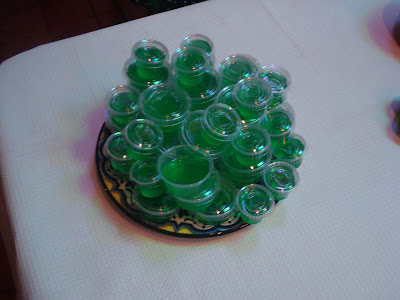 Jello shots. I didn't have any; I'm not a 19 year old girl anymore. 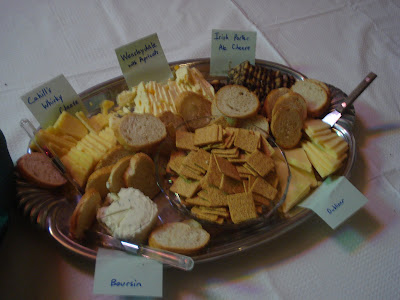 One of the few things that can compare to Guinness on tap at a party: a selection of imported cheeses. 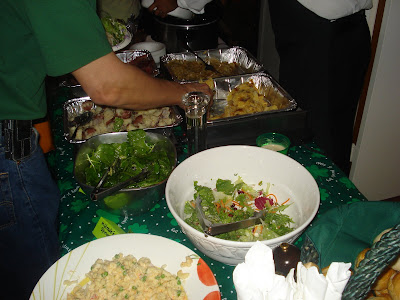 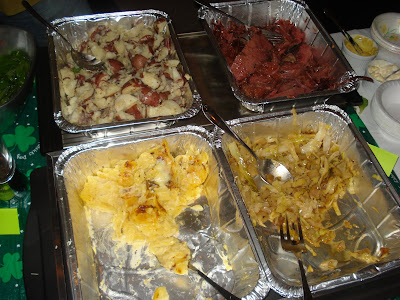 The buffet! Spinach salad, mixed green salad, macaroni salad, scalloped potatoes, roasted potatoes, sauteed onions and cabbage, and corned beef. Yes, I tried it all, and yes it was all fantastic. 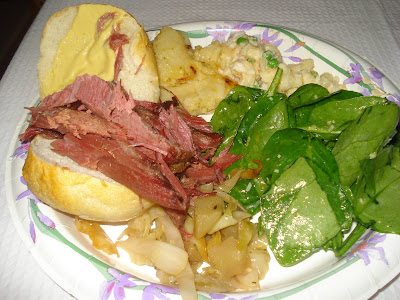 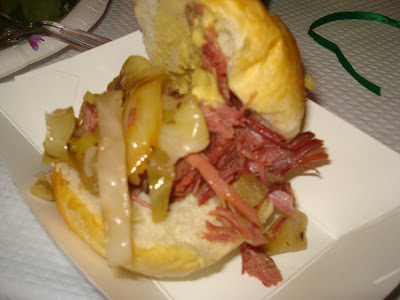 I smeared mustard on a roll and made myself a corned beef sandwich. I could have eaten five of these. 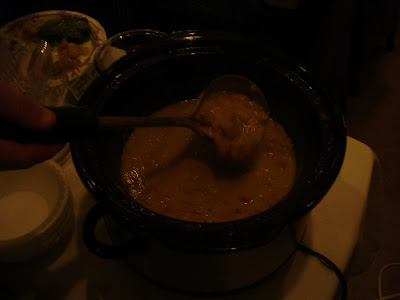 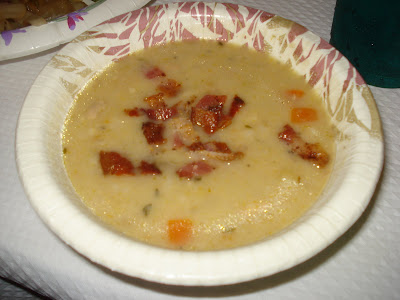 Chicken and potato chowder. I put lots of bacon on top because bacon is my friend. 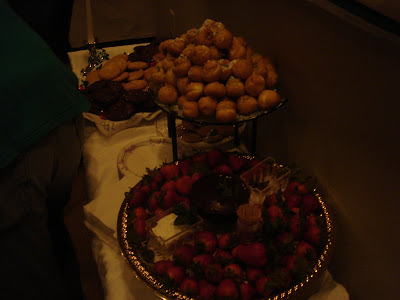 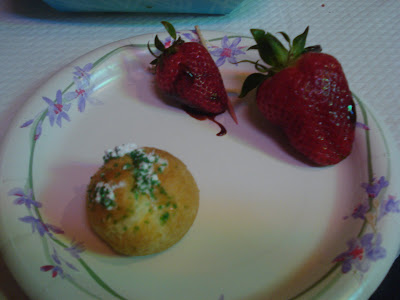 I don't like dessert but they looked so pretty that I had to get a couple. I took a bite of the cream puff but the strawberries with chocolate were not touched by me. 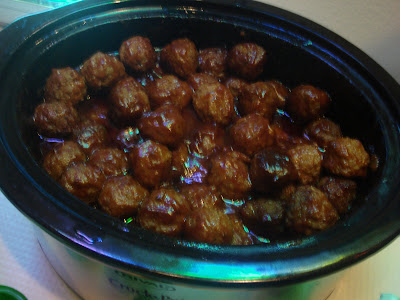 Now this was my dessert. Meatballs cooked in barbecue sauce. I took a few in a bowl and poured some Guinness over it. 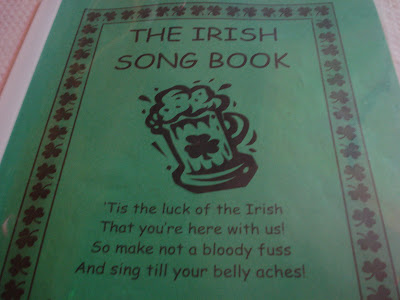 And, of course, what's a St. Patrick's Day party without drinking songs?
Posted by JustinM at 11:13 AM

You're a friend of bacon but not of chocolate? I feel so... torn.

I like bacon, beer, Italy, cheese, Casablanca, cats, and you.

I just hate chocolate and the Grateful Dead. Don't take it personally.