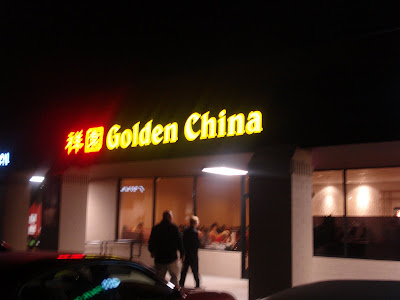 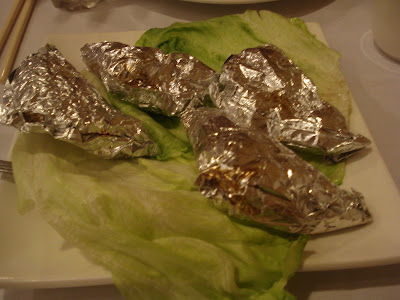 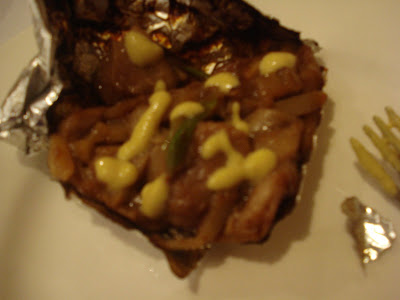 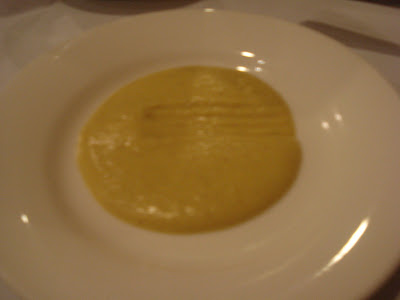 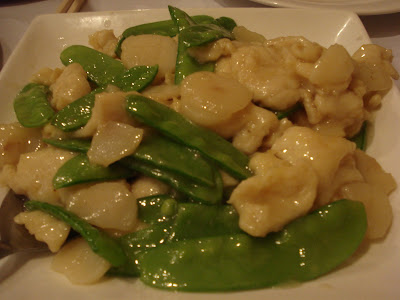 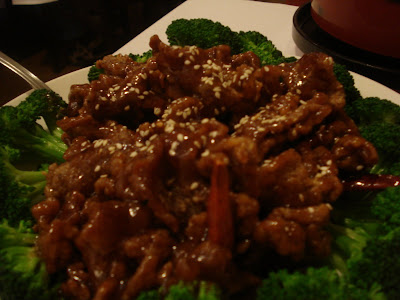 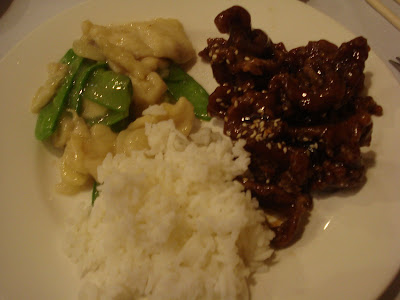 The other day my friend Les mentioned a Chinese restaurant he loves on Fair Oaks just a few blocks from my place. I assumed he was talking about Oak Tree Inn, a place I visited years ago and liked, but did not think was anything memorable. Les corrected me and said he was talking about Golden China, in the Vons shopping center. I had no idea what he was talking about. I knew the Vons, the Round Table Pizza, the UPS store, and even the health food store. But I could not picture any Chinese restaurant. It turns out it was a place I have passed by hundreds of times.
-
I love Chinese food and I always have. From childhood trips to Panda Inn when I thought the white chocolate fortune cookies were the most exotic food I had ever seen (come to think of it, I still do) to high school lunches when Panda Express was brought in and I spent an entire week's worth of lunch money in one afternoon. And I don't just love the Americanized versions of Chinese food. My cousin married a Chinese woman and the food she makes is always amazing. The first time I ever went to Monterey Park for dim sum was a revelation. (I was with my friend Zach, who is of Chinese ancestry, and I was the only white person out of a couple hundred in the restaurant. They brought me a fork without my asking. I looked at Zach and he shrugged and said "I guess it's so you don't have to ask." I did not use it.)
-
So the other afternoon when Elizabeth and I were at a housewarming party and the sun went down and it got noticeably colder, we both decided Chinese food sounded great. We felt like something more relaxing than Pick Up Stix, but nothing as fancy as Yujean Kang's. I suggested we give Golden China a try.
-
The place was very busy. Admittedly it was 7 o'clock on a Saturday night, but we have been to many places on Saturdays this year that have been empty. We were seated right away and after pouring ourselves some hot tea (I rarely drink anything but tea with Chinese food these days, unless it's afternoon dim sum, in which case a Tsingtao is mandatory) we ordered some paper wrapped chicken. The chicken came out within three minutes of us ordering it, no exaggeration.
-
Paper wrapped chicken has always been a favorite of mine, although I have not had it in a long time. Somewhere along the way it seemed like all the paper wrapped chicken I ordered was just ground chicken (and nothing else) wrapped tightly in foil and deep fried: always tasty, but nothing special. This paper wrapped chicken was fantastic - big pieces of chicken and lots of vegetables loosely assembled and cooked perfectly. I could have eaten three orders of this as my dinner and been very satisfied.
-
I requested a side of some hot mustard. Wow. I love hot mustard - the spicier, the better. This may very well have been the spiciest I have ever had. It made Philippe's hot mustard seem bland by comparison. After the first taste my throat burned and tears welled in my eyes, like I was watching a replay of Robert Horry's famous shot against the Kings in 2002 (or the last five minutes of Field of Dreams, when the catcher takes off his mask and Kevin Costner realizes it's his dad and... oh, shit, I need a minute here....)
-
We ordered two entrees: sliced chicken with snow peas and house special beef. The chicken was good. Usually I order something with a little more spice to it, but Elizabeth wanted this. The chicken was a little too sweet for me (of course, I added some mustard and it was much better) but the peas were great, and there were plenty of water chestnuts. She doesn't like them so I got to eat them all.
-
The house special beef was awesome. It is sauteed with tangerine peel, minced ginger, and hot peppers. It might be the only beef I have had in the San Gabriel Valley that can be mentioned in the same sentence as the crispy beef at Yujean Kang's. (Although it still doesn't come close to being as good; very few things I have ever tasted in my life can compare to that dish.) We had plenty of leftover food that we took with us. A couple times that night I snuck a bite of the beef and it was just as good cold. The next night we had the leftovers for dinner and they were every bit as good as they were at the restaurant.
-
I am very glad Les told me about this place. Dinner for the two of us was under $30, and we got two dinners out of it. There are several more items on the menu that I am going to try in the future.
Posted by JustinM at 1:52 PM