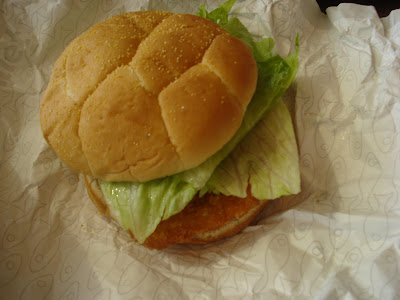 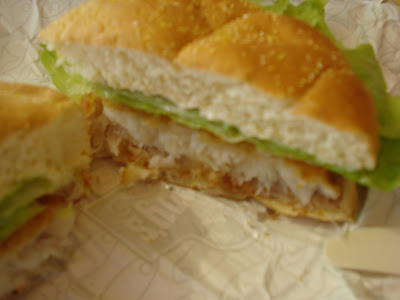 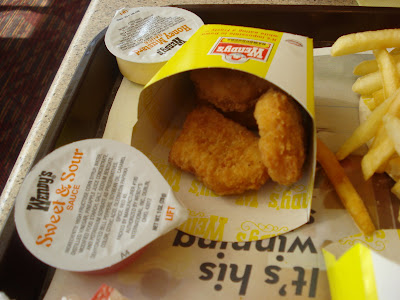 I love seafood, and I certainly love fried seafood, but I don't always like it on a bun. There have been exceptions, of course. I once ate a fried shrimp po' boy at Acme Oyster House in New Orleans that was so good I couldn't talk for a few minutes afterwards. On another afternoon a couple years later, on another trip to NOLA, for JazzFest, I think I ate three fried crawfish sandwiches. (I would have eaten more but I left the festival early so that I could go back to the hotel and watch a Lakers playoff game; in retrospect one of the five dumbest things I have ever done.)

But other than New Orleans sandwiches, I pretty much stay away from fish on a bun. A couple years ago my friend Troy bet me dinner on a ludicrous bet (that Stanford would cover a 28 point spread against USC; the final score was 42-0) and he took me to dinner at Gordon Biersch. I strayed from my usual order and tried a blackened mahi mahi sandwich. I love mahi mahi, but I had to take it off the bun to eat it. And I haven't tried a fish sandwich since.

But Wendy's came out with a new promotion and I had to try it. The "premium fish fillet" is cod in a Panko breading, on a bun with lettuce and tartar sauce. It was much, much better than I ever would have expected. I won't ever order it again, of course, but considering this came from a fast food place, I was impressed. The breading was crisp and the fish was perfectly cooked. There were no tough, dark spots in it. If Gordon Biersch had served me this exact sandwich I would have been pleased (although it would have been three times the price.)

I had ordered some nuggets and fries in case the sandwich was terrible, which Elizabeth was more than willing to help me finish.
Posted by JustinM at 11:07 AM

Love this post you did on the wendys fish fillet sandwich. I have never tried it before. Never seen it at wendys before. Is this sandwich a limited time option or can it be purchased all the time? Im from pittsburgh pennsylvania and my name is Thomas R. Nice Blog you have here. Ill be a frequent visitor to read your posts. :)