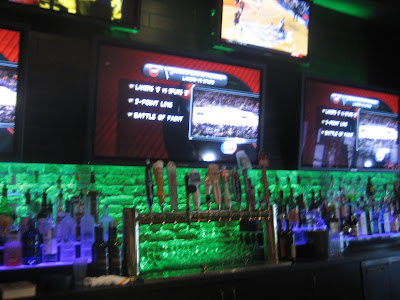 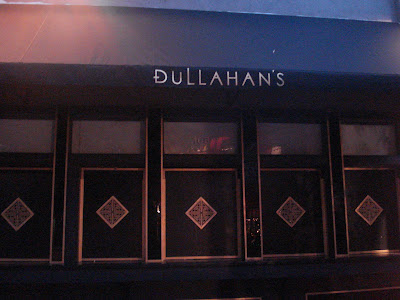 Almost a decade ago I eagerly anticipated turning 21 so that I could go to all the bars in Old Pasadena that I had heard about for years. At the top of that list, I hate to say now, was McMurphy's. I'd heard countless stories from older friends about reunions at McMurphy's; It sounded like the fin-de-siecle Moulin Rouge.
-
The first time I ever went there, shortly after I turned 21, was one of the great letdowns of my life. They charged a cover to get in, the beer was served in plastic cups, and the crowd was a bizarre mashup of frat boys and thugs. I hated the place passionately, although I admit I still went from time to time at the insistance of my female friends, who curiously always wanted to go there, while at the same time referring to it as "McRoofies."
-
The last time I remember being there late was the night the Lakers had won the 2001 championship. I witnessed a fight on the patio that would have made Josey Wales dive for cover. I sat off to the side at a table next to a creepy old guy with several cameras around his neck who kept asking me if the Mike's Hard Lemonade girls were there yet because he was "going to make them famous." This was not the Moulin Rouge.
-
Other than a couple afternoons on an annual Labor Day Weekend pub crawl, I never returned to McMuphy's. A couple months ago my brother told me about some of his friends who were working at a new place where McMurphy's used to be. The first time I walked in I could tell it was much better: flatscreen TVs everywhere, it didn't smell like puke, and the people working there were actually friendly.
-
Dullahan's has one of the best happy hours around; half-price pints and half-price appetizers (excluding seafood.) I've already written about my four favorite days of the year (Thanksgiving, 4th of July, my birthday, Super Bowl Sunday.) Yesterday was my 5th: the first day of March Madness. In my opinion there is nothing more exciting in all of sports. Not the Super Bowl, World Cup, or New Year's Day bowl games (or what's left of them.) So I watched plenty of basketball at Dullahan's with friends and had plenty of food. In fact, I just got an email from my buddy Patrick asking if anyone was going out this afternoon to watch the USC-Boston College game. I hadn't planned to, but looking at the food again.... 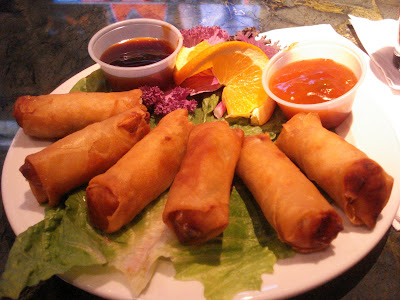 The egg rolls might be my favorite appetizer there - filled with chicken, pork, shrimp and vegetables. $4 at happy hour, although I would still pay full price for these. 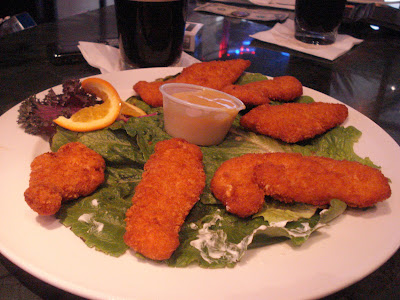 My friend Murph usually gets an order of chicken tenders, and I always take at least one. Years ago I lived in Boulder, Colorado, and would spend a couple nights a week in the Pearl Street Pub. Downstairs they had a fry kitchen and made the best chicken tenders I have ever tasted. These come pretty damn close. I believe they are $3.50 at happy hour. Another item that is worth full price. 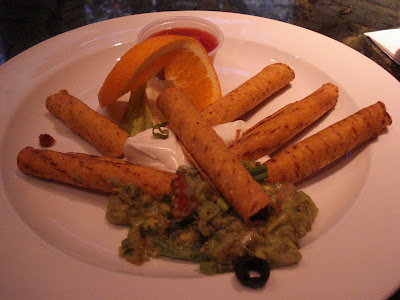 My friend Les got the chicken taquitos once. These are the only item I have had at Dullahan's that I did not like. There isn't much inside them. 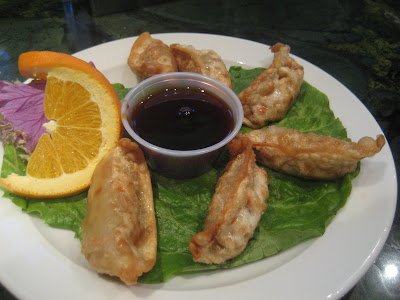 The gyoza dumplings are good but not great. The menu claims they are steamed, but these were obviously fried. The sauce they are served with is very good, but the dumplings are no different than Trader Joe's sells. That's not a bad thing, it's just not anything special. 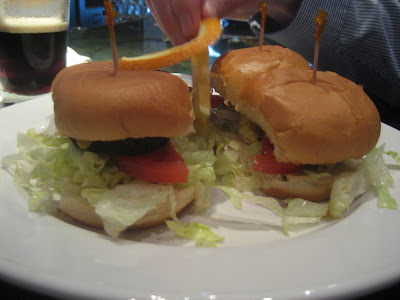 The mini cheeseburgers are always a good call. The beef is usually overcooked, but everything else is fresh. Besides, they're sliders, they're not supposed to be a Double-Double. 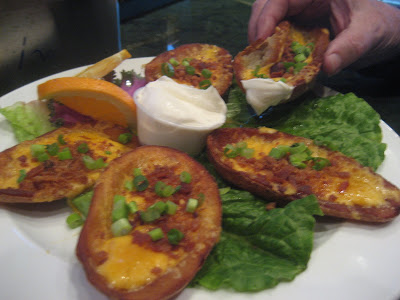 My friend Mick's standard order is potato skins. I always take one, although he tries to get me to take more than that so he doesn't feel guilty about eating all of them. These may not be quite as good as the barbecue chicken potato skins at Wood Ranch, but they are definitely the best bar potato skins I have ever had. 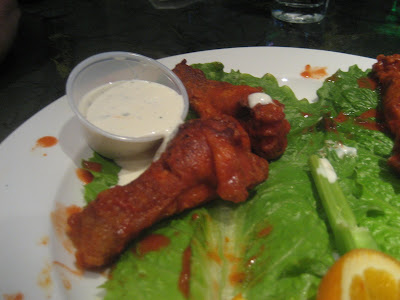 My friend Jeff had an order of buffalo wings but I did not taste any. I'm not a fan of wings. (Food served with bones creeps me out.) They did smell great, though. 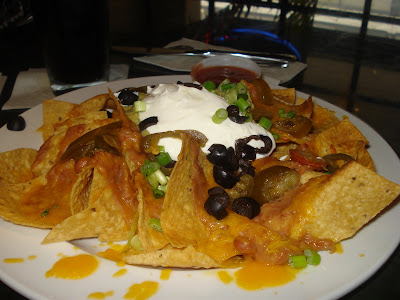 This was my friend Tracie's order of nachos. Very impressive, and I believe $3 at happy hour. I would like to try these with chicken sometime.

Dullahan's probably isn't a place I am going to hang out at late in the evening, but for happy hour, or watching March Madness on one of their big TVs, it is fantastic.

That food looks pretty tasty. I'll have to stop by next time I'm in town.

Well, it's not exactly Enoteca Pinchiorri (see what I did there?) but for bar food at half price, lots of High-Def TVs, and great service, it absolutely cannot be beat.

I also highly recommend the carne asada tacos. Not sure if they are on the menu or if you just ask for them, but they are delicious.