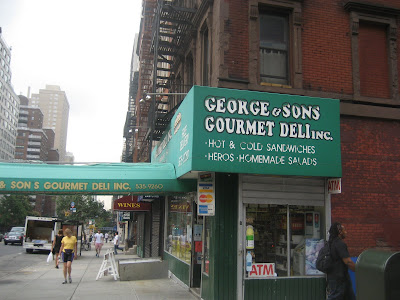 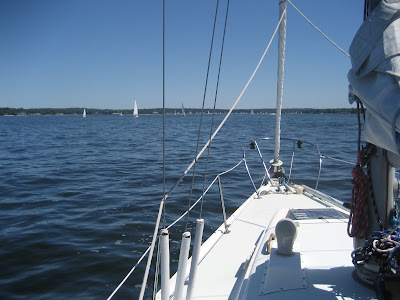 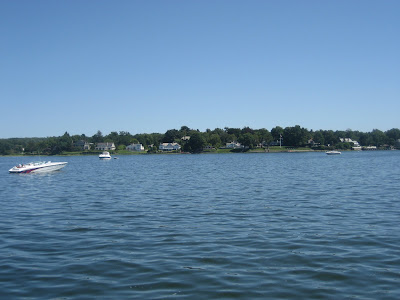 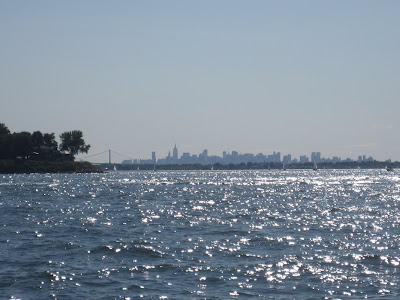 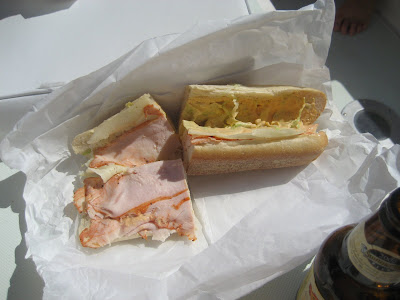 Whenever the movie Groundhog Day comes on TV, I am sucked in for at least a few minutes. It doesn't matter if I'm running late for an appointment or the Lakers game is in overtime. I have no choice but to watch for a little bit. Other movies that compel me in the way are The Shawshank Redemption, L.A. Confidential, The Usual Suspects, Goodfellas, and The World's Fastest Indian. (Note: Die Hard does not fall into this category, as I always end up watching the whole movie when I come across that.)

And I wonder when watching Groundhog Day what day of my life I would most like to repeat. Several come to mind: a day I briefly mentioned recently where my brother and I started the day in Bushmills and ended it in Belfast. Or the first time I saw Florence when I was 17. Or a wine tasting trip on the central coast a couple summers ago where the daylight seemed to last 20 hours.
Any list of the top days of my life would include a day I had in New York the last time I was there. The previous night I had watched my beloved Angels beat the Yankees during my first ever trip to Yankee Stadium, and then eaten the single best slice of pizza I have ever had for dinner. The next morning I woke up and got bagels and Dunkin Donuts coffee. Dunkin Donuts coffee being one of those things in life that you hear so many people rave about, like the Grand Canyon, you assume it must be overrated. But then, like the Grand Canyon, you experience it and realize it is one of those rare things in life that truly lives up to the hype.

I decided to go sailing with my friend and her parents. We considered options for lunch and someone suggesting getting sandwiches from the deli around the corner and eating them on the boat. This sounded great and I volunteered to pick them up. The deli was fantastic. It was certainly my first time there but it was very familiar, the kind of place I've always hoped to walk into in Los Angeles but know that I probably won't. I bought sandwiches for everyone and a couple six-packs of Sierra Nevada Summerfest. I was pleased to see such a fine California beer for sale in a New York deli.
There had been a massive storm a couple days earlier and the sky was perfectly clear. The water was as calm as I have ever seen the Atlantic. We sailed around for hours and my friend's dad pointed out various landmarks and houses. A Fox blimp in the distance hovered over Yankee Stadium, covering the Saturday afternoon game for a national audience, a game the Angels would also win.

My sandwich was called the "Brooklyn Bridge": cracked pepper turkey, gouda cheese, romaine lettuce and Russian dressing. It was fantastic, like pretty much every sandwich I've had in New York. And Summerfest was the perfect beer to accompany it.
-
I wonder if I will ever go sailing again in New York. If I do, I will have this same meal.
Posted by JustinM at 2:05 PM