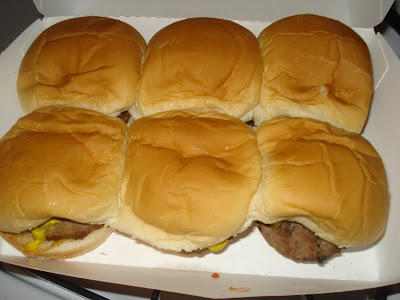 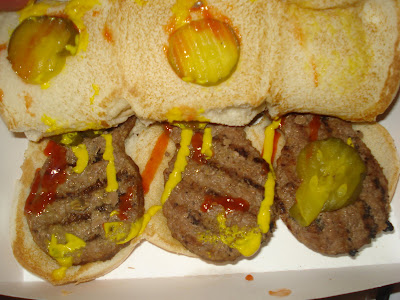 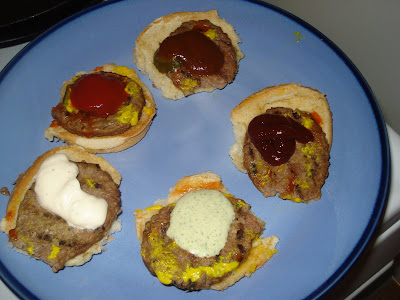 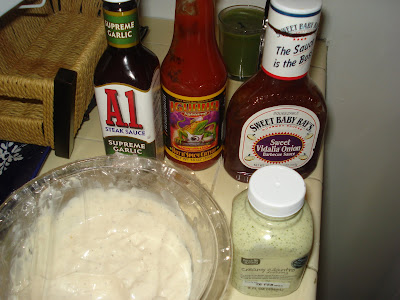 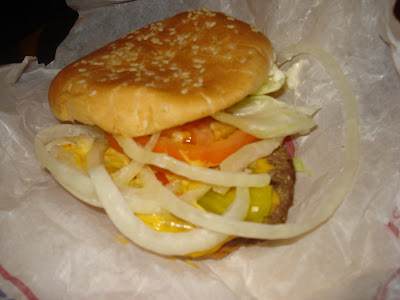 Even back when I was a kid, I was a fan of fast food promotions. When I was very young, maybe 7 or 8, Burger King came out with a product called "Burger Buddies": three mini burgers in a cardboard tray. I remember my dad driving me over to the BK on Colorado Blvd. by PCC so that I could try them. Now that I'm an adult, I realize that was about a 10 mile round trip and it probably took less than 20 minutes, but at the time it seemed like we were on a real adventure. We might as well have been driving to Colorado state, not boulevard.

So recently when Burger King came out with "Burger Shots," I wanted to give them a try. I have never been impressed with BK's promotions - the chicken fries and Angry Whopper were both pretty lousy, and the Loaded Steakhouse Burger was one of the worst things I have ever tasted. So I had very low expectations for these.

And indeed I should have. These were better than any of the previous promotions I have tried, but they are still just miniature versions of the same flavorless, overcooked, dried-out burgers that Burger King usually serves. But, since there were six of them, I figured I would eat one with nothing on it but the pickle and dribble of ketchup and mustard it was served with, and add condiments to the other 5.

Elizabeth had a Whopper Jr. with cheese. I did not try her burger - God knows I've eaten enough BK Whoppers in my life - but she was nice enough to give me some of her (plentiful) onions for a couple of my burger shots, which were a nice touch. But not enough to give me any desire to try them again.