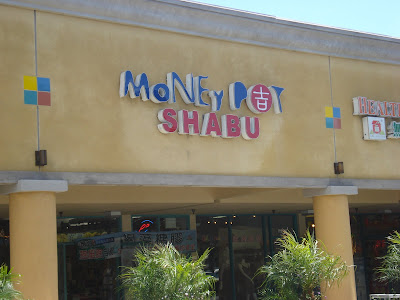 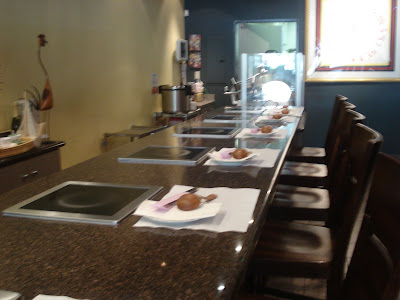 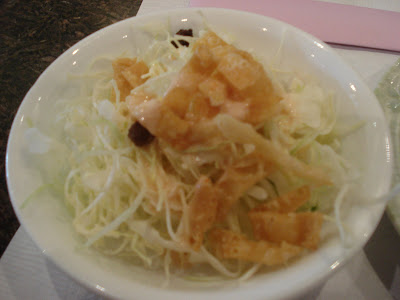 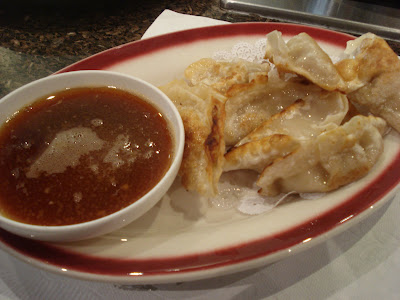 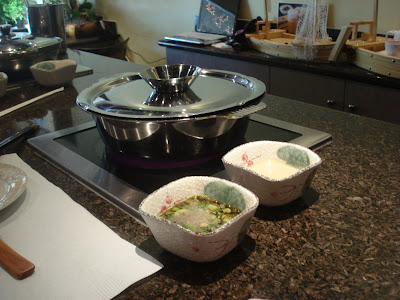 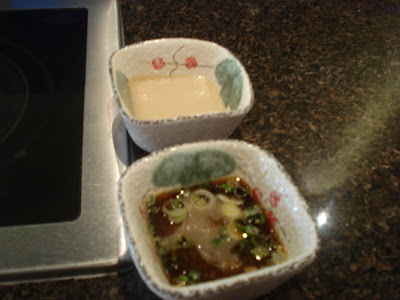 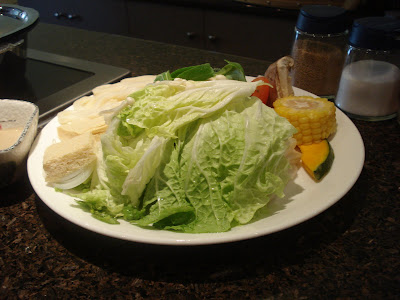 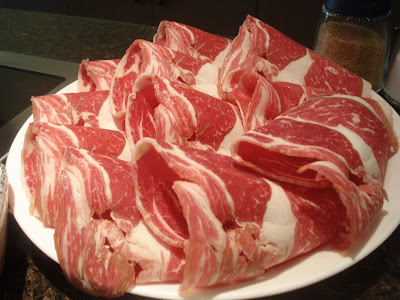 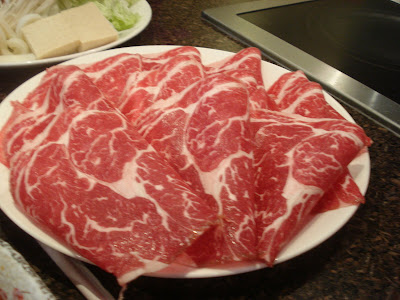 It was my brother's birthday over the weekend, which meant we would be going out to eat at a restaurant not of our ethnicity. Over the years we have eaten at teppan steakhouses, Thai restaurants, Chinese, and even a Nepalese restaurant. (He just turned 29; on my 29th birthday a year and a half ago we had lunch at Chili's. True story.)

He selected the Money Pot in Arcadia, a shabu-shabu restaurant. I love Japanese cuisine, but mostly sushi and teppanyaki. I have never been a big fan of shabu-shabu. It always seems to cost a fortune, and I'm usually still hungry when the meal is done. (Although making it at home is always fun, if only because it means I get to shop at Mitsuwa Marketplace in San Gabriel, perhaps my second favorite market in California, behind Nielsen Bros. in Carmel.)

I had been to Money Pot once years ago but I did not remember anything about it, other than the fact that it was cheaper than the Boiling Pot on Lake Avenue, perhaps the most overpriced restaurant in the San Gabriel Valley. (My one trip there reminded me of the scene in L.A. Story when Steve Martin is forced to have his financial statement reviewed by the bank in order to make reservations at the newest trendy restaurant in town, where the portions turned out to be minuscule: "I'm done already and I don't remember eating".)

Since there were five of us, we sat at the bar. This seems nonsensical, but the tables only seat four - with only two burners to share - so the bar seemed our only option. The first thing we got was a salad (even though the first thing I ordered was a Coke; that curiously did not come out until after they'd brought lots of food.) The salad was lettuce, fried wontons strips, a couple raisins, and a dressing that I suppose is a standard Japanese miso dressing but really tasted like Thousand Island. In other words, the salad was great, if a bit simple.

I started with some fried dumplings. I asked the waitress if the fried dumplings were gyoza and she gave me a blank look. It turned out they were, although there was nothing remarkable about them at all (they were the exact same dumplings as Dullahan's,) save for the sauce, which was very good. (My brother requested a small dish of some chili paste, a dollop of which I added to the sauce for some extra kick.)

They have three variations of broth available: house, spicy, and flowered. As best I could tell, the house broth was water, the spicy has chili oil added, and the flowered has flowers in it. My parents and my brother all ordered the house, Elizabeth ordered the mild spicy, and I ordered the medium spicy. Accompanying the broths were the traditional ramekans of soy sauce (with scallions and citrus,) and a sesame sauce. I took one tiny taste of the sesame sauce and rejected it. I'm not crazy about the taste of sesame but I do like it as a component. This tasted like pure sesame paste.

Each person received a generous plate of vegetables for the broth: cabbage, enoki mushrooms, carrots, broccoli, fish cakes, and a couple kinds of noodles. I have had shabu-shabu before where maybe two pieces of cabbage are included. I ordered the prime rib. It was $19.95. My parents urged me to get the house beef, which was 6 dollars more, because they said it was much better quality. I stuck with the prime rib, and Elizabeth ordered the house beef so we could see if there was a difference.

The first picture of meat is Elizabeth's, the second is mine. There was definitely more fat on hers and it looked like a higher-quality meat, but after doing a comparison tasting, there was no difference. I suppose if I ate them raw or if they were thicker, it would be noticeable, but after cooking them briefly in a spicy sauce, I couldn't tell. It certainly is not worth an extra 6 dollars for a higher-quality meat.

My pot was very spicy, and I loved it. At one point I took a piece of my beef and cooked it in Elizabeth's broth to taste the difference in spice ("Keep your meat out of my money pot," she said, one of the five funniest things I have ever been told.) Her broth was definitely less spicy than mine, and tasted better with the vegetables than my broth did. But I liked my spicy broth more with the meat.

This was a very good meal, and the first time at a shabu-shabu restaurant that I have ever been full. My dad picked up the tab so I did not see how much it was, but I am sure it was much more than the meal was worth. I do not think I would ever come here for anything other than a special occasion. Still, this was more memorable than my 29th birthday lunch at Chili's.

wow, this makes me want to try shabu shabu again. I've only had it once before, at the Boiling Pot and I didn't really care for it. Bryce's mom makes a fire pot at home and it's really yummy. I didn't know there was a Mitsuwa store in San Gabriel!
Glad you enjoyed the meal.

Yep, sure is, on Las Tunas. Maybe some time the four of us can go there and buy a bunch of ingredients and then... go have dinner at Panda Express on the way back!

I thought it was awesome! You didn't mention my watermelon juice, one of the key points to visiting money pot.