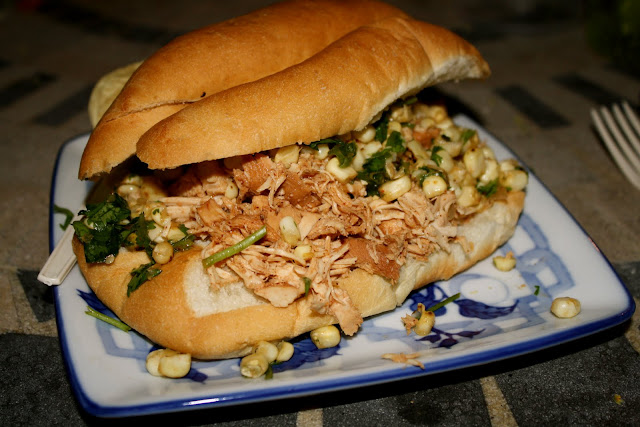 I wrote last week that it would soon feel more like fall than summer, though I admitted that there would still be another heat wave or two. And while the light at sunset certainly resembles an autumn light, it has been hot the last few days. (It was 97 in my living room yesterday afternoon when I got home.) So I invited some friends over for pulled chicken sandwiches. 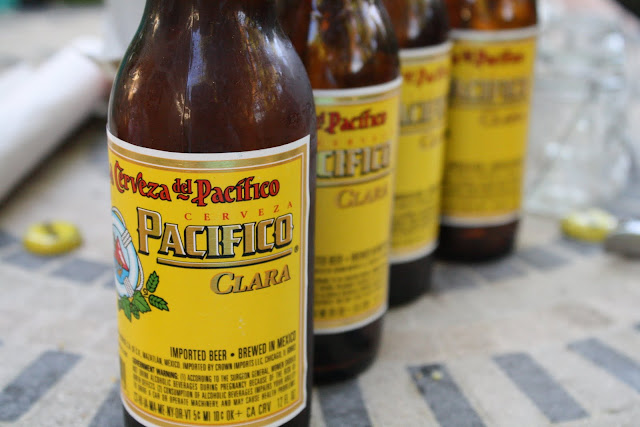 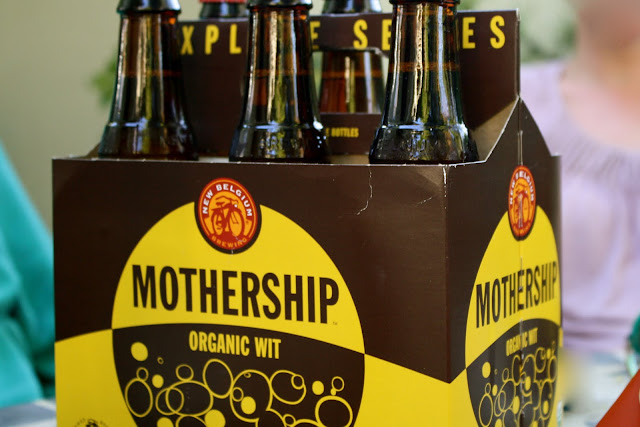 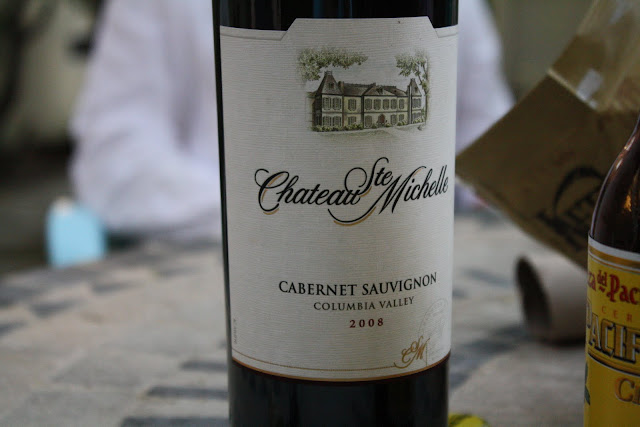 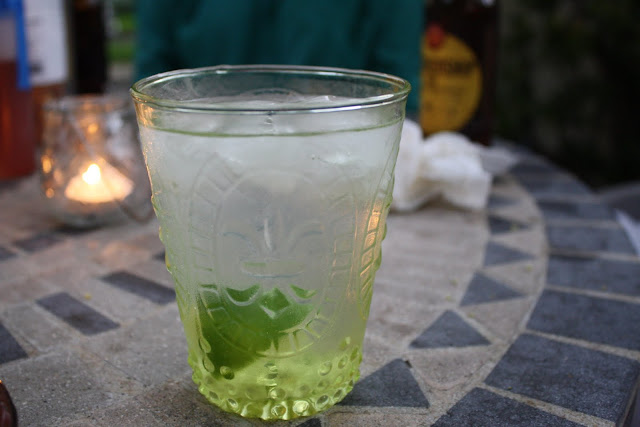 Tim came over with a gin and tonic in his hand, his preferred drink for hot summer evenings. At one point he left to go make another. "Come back with a '78!" I yelled after him, before realizing that I should make it clear that I was just kidding. "I'm just kidding, I don't need any wine." 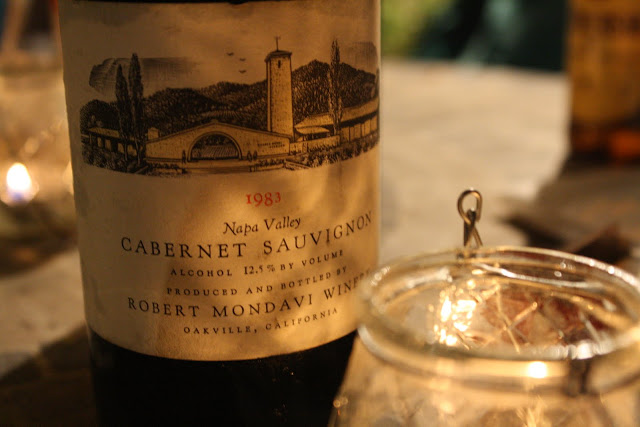 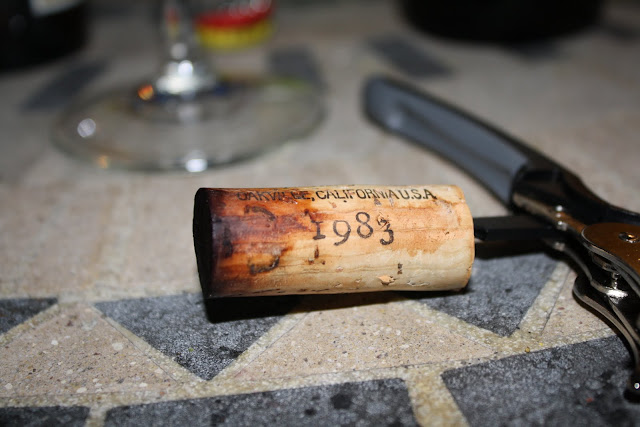 We call Tim the Cork Whisperer; he can remove any cork from any bottle. I sometimes wonder what would happen if I handed him a bottle to open with an obviously disintegrated cork. Would he manage to pull it out in one piece, somehow reassembling it? I'd say there's a 40% chance he would. 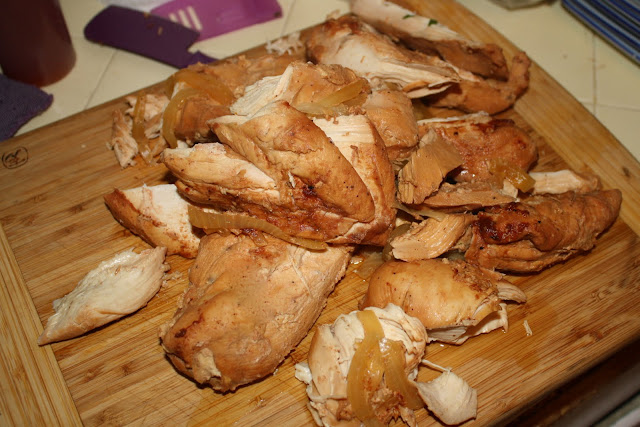 I cooked several pounds of chicken breast throughout the afternoon in the slow-cooker, on a bed of onions and a bath of Guinness. I asked Tracie to bring the camera into the kitchen so I could take this picture, and she sampled a small piece of chicken.

"Holy s**t that's good," she said. So she took a second piece. And then a third.

"For quality control," she explained. 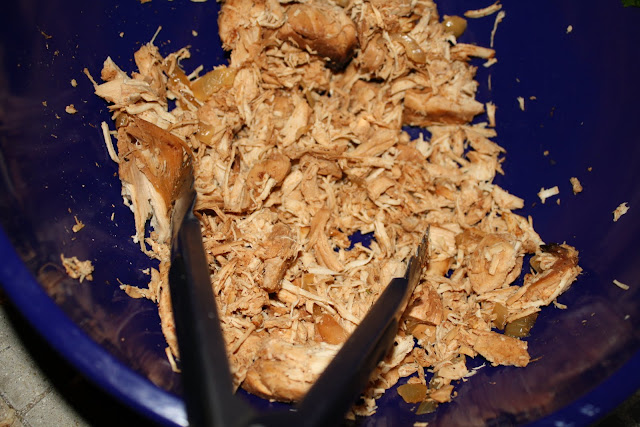 I pulled the chicken apart with my fingers, though really all you had to do was touch it and it fell apart. Most recipes I viewed online recommended putting the chicken back in the slow cooker at this point with a bottle of your favorite barbecue sauce. I don't understand this at all. Why do would I spend six hours slow-cooking the chicken to the point of juicy perfection and then drown it in a sugary, glorified ketchup? 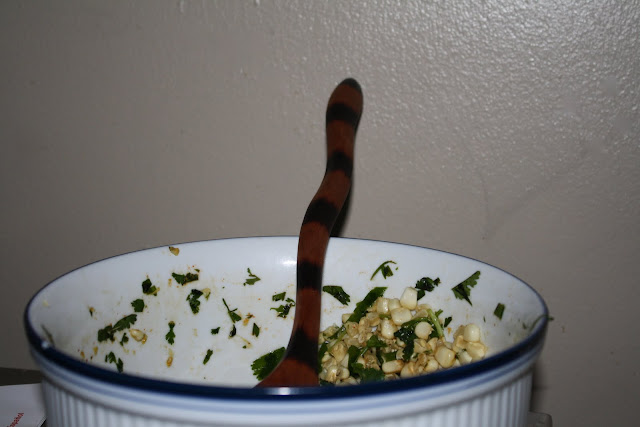 Last month Elizabeth brought me back this wooden spoon from Craftspeople in New York. I absolutely love it - it's handmade of cherry wood and looks like a slithering snake. Although she had given it to me one month earlier, I hadn't used it yet. It was just too pretty and I wanted it to remain that way forever. But I decided last night would be the perfect time to break it in. I mixed up a simple dressing of grilled corn, cilantro, green onion and olive oil. 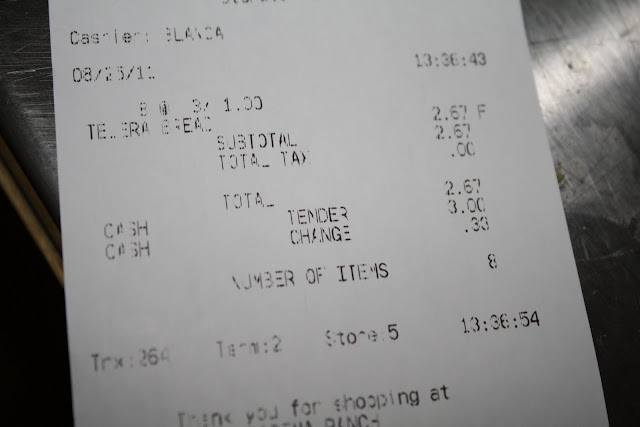 I went by Whole Foods in the afternoon to get some Telera rolls. They were 99 cents each. I'm not here to rip on Whole Foods prices, since if you're reading this, you're probably aware that they are expensive. But what blew me away was how not-fresh the rolls were. Some of them were rock hard.

So I went to Baja Ranch Market, where I bought eight Telera rolls, fresh and soft as a baby's bottom, for $2.67.  They were perfect.

(The other day I was having a drink at the bar of my favorite restaurant in Pasadena, chatting with the bartender. He was talking about the fact that they use Telera rolls for their sandwiches and I mentioned that I usually get them at Baja Ranch - actually I called it "King Ranch," I haven't gotten used to the name change yet - for 33 cents each. "I know," he said, "how come everyone in town doesn't know about them?" Well, now everyone does. Or at least twenty people, I guess.) 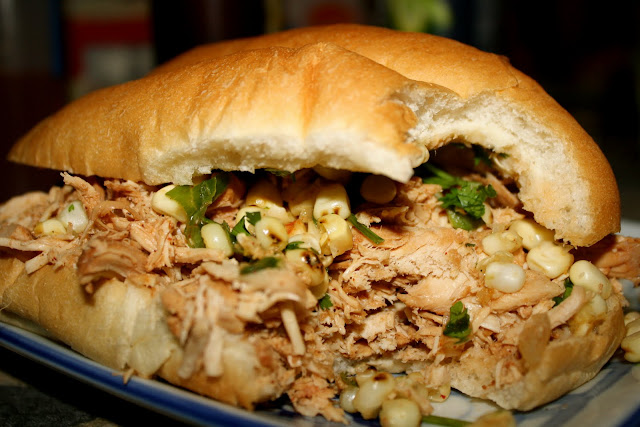 I doused my chicken with an Eastern Carolina-style vinegar sauce that I had made and spooned the corn salsa on top. It was delicious. Could the sandwich have used a pickle or something crunchy? Yes, I think so, but that's a minor complaint. (Tim actually added chips to his sandwich, which was a good idea.)

"You are now 100 for 100," Murph said. (I don't believe I have actually cooked him 100 meals over the years, it's probably only half that, but I appreciate the compliment.) 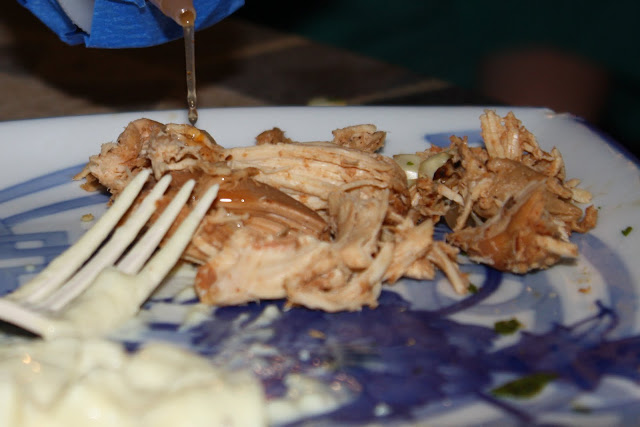 After Tracie finished her sandwich, she grabbed some more chicken and I started to take a picture.

"Wait!" she said. "Let me put some of the vinegar sauce on it and you can take an action shot."

You action shot-loving people have created monsters out of all my friends. 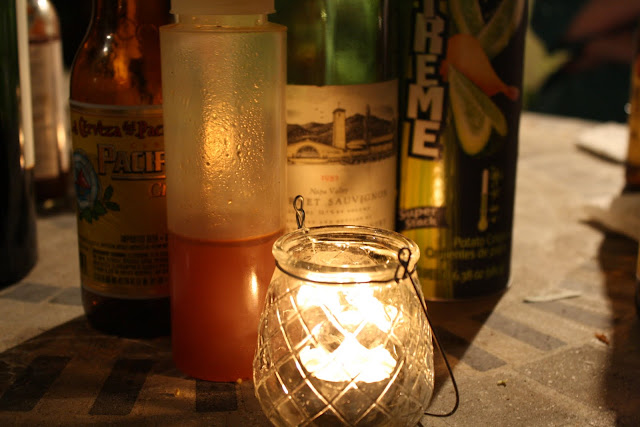 Pacifico, vinegar sauce, 1983 Mondavi cab, and Screamin' Dill Pickle Pringles. If you think this picture is ridiculous, you are correct. But if you think it's awesome, you are also correct. And you may be my friend.
Posted by JustinM at 11:50 AM

so tim roams the mean streets of pasadena with a gin and tonic in hand. thats my kinda dude.

good call on the action shot, tracie. its almost like im watching a video!

Cork whisperer - hah! I love it. What great neighborly comradeship you have.
And that chicken sammie - WOW my bf Justin would have started humping your leg. You guys would make perfect eating pals actually. Want to come up to PDX and make that sammie for us? I'll provide beer and baby bum buns. I'm serious. You and E are invited.

Hahaha I know so tempting. Ok so maybe he won't but I am still inviting you to PDX.

The chicken was so good! And the sauce was amazing, I'll definitely be asking you to make that again.